by
Erik Maulbetsch
posted on
April 17, 2018
Falling for a fake news email, former Republican Congressman Tom Tancredo tweeted Monday evening that former First Lady Barbara Bush had died. Within minutes he was called out by 9News anchor Kyle Clark who chided, “With respect, sir, you’re a former member of Congress… if you’re going to make that claim, please cite a reliable source.”

The next morning Tancredo doubled down, tweeting, “So I get an email from a friend that says Barbara Bush I say God rest her soul and would rather have seen her as President that her son. Turns out the email was a hoax. Now there are about 20 vicious tweets on the string. So much hate just out there just waiting to erupt. Sad”

Clark again replied, “Sir, you could apologize for spreading a falsehood with your considerable voice as a former member of a Congress and candidate for Governor and President. Or you can play the victim. Your call. #copolitics” 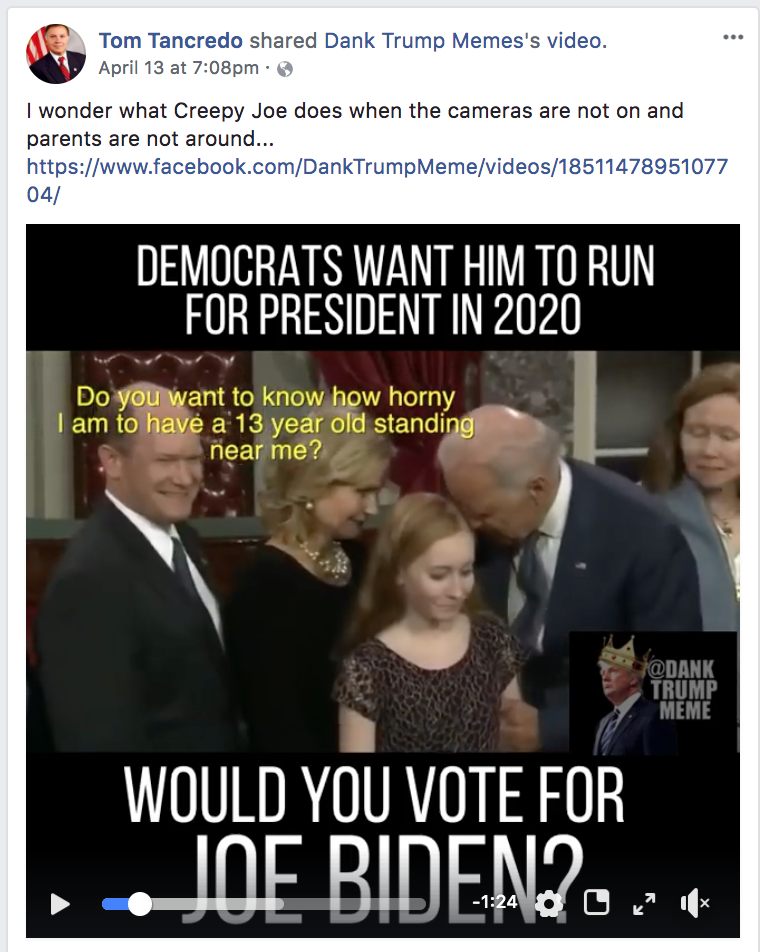 Tancredo’s latest error in judgment came just three days after he shared a post on Facebook that accused former Vice President Joe Biden of being a pedophile. Not only did he deliberately promote an obvious falsehood, but he added his own implicit accusation: “I wonder what Creepy Joe does when the cameras are not on and parents are not around… ”
Earlier last week, before Tancredo posted both of these false statements on social media, one perhaps erroneous, the other clearly inflammatory, he made another public announcement: his endorsement of State Treasurer Walker Stapleton to be the Republican nominee for Governor.  Better Colorado Now, the Stapleton-aligned super PAC, for which he helped fundraise before officially launching his campaign, ran digital ads touting Tancredo’s endorsement. 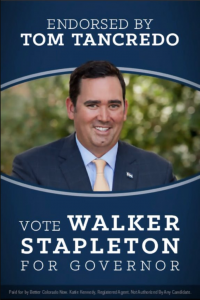 On Saturday, in between his most prominent endorser’s post accusing a Vice President of pedophilia and Monday’s unrepentant dissemination of fake news, Stapleton accepted the Colorado Republican assembly’s nomination to the ballot. In his speech, he said there was a one-word answer for why he wanted the job: “integrity.” See the video, courtesy of Denverite, here:
“I’m Walker Stapleton and I proudly accept your nomination for Governor this great state. There is a one-word answer why I am here today: integrity.”
If integrity is the most important principle of Treasurer Stapleton’s campaign, then he should demand more of it from those who endorse him.