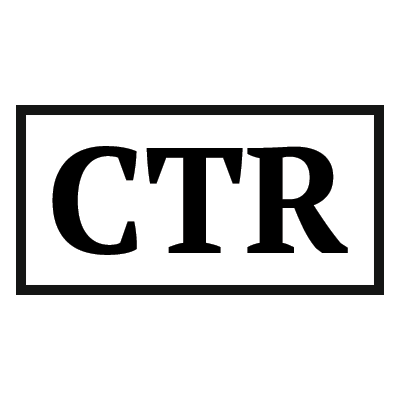 Republicans for Democrats for education reform

As part of a series of interviews with Colorado gubernatorial candidates, Walker Stapleton appeared on the Connect & Collaborate radio show last Friday to discuss his platform and policy  recommendations.  with hosts Jeff Wasden and Ed Sealover from the Denver Business Journal.

The series, “Finding Colorado’s Next Governor” airs monthly and is presented through a partnership with the Denver Business Journal and the Colorado Business Roundtable as paid programming on KDMT, 1690 am.

Reflecting on his philosophy, priorities and vision around education in Colorado, Stapleton highlighted his participation in the Hunt-Kaine Fellowship for Educational Leaders in North Carolina, where he learned about the work of Denver Public Schools Superintendent Tom Boasberg:

I’m a huge proponent, first and foremost, for education reform. […]  The superintendent of Denver Public Schools is a friend of mine named Tom Boasberg, pretty much a dyed-in-the-wool liberal.  […] And I give Tom a lot of credit because Tom has been a vocal advocate for charter schools. So much so, that there has been an incredible proliferation under his watch of charter schools in the Denver Public School system. And so much so, that last year there were more non-union teachers teaching in public schools than union-based teachers, because of the success of charter schools.

Despite Stapleton’s nod to bipartisanship, Colorado voters might be interested in what contrasts Stapleton can highlight between his policy recommendations and those of his Democrat rivals, if any exist.

Also, if Walker intends to ride on DPS’s coattails with voters, he would do well to get the names of Denver charter franchises correct – or at least stride to do better.

Steve Barlock was a co-chair of the Colorado Trump Campaign, which might explain why his campaign for CO governor often resembles an homage to Trump’s unlikely ascendency to the Presidency, adopting similar tactics of hard-hitting and irreverent attacks, and cultivating a brand of populist appeal that challenges the entrenched political establishment.

On March 23, Barlock appeared on  Business for Breakfast (KDMT, 1690 am)  with host Jimmy Sengenberger to discuss his campaign, which included a long attack on the man widely considered to be frontrunner for the GOP nomination for CO governor, Walker Stapleton.

As has been widely reported, Stapleton is the great-grandson of KKK member and former mayor of Denver, Ben Stapleton, and a relative of both former Bush presidents.

Those pedigrees and connections with the old guard GOP are the ammunition in Barlock’s attack on Stapleton.

In the interview, Barlock says:

[…] When the Republican Party started a fight with group-think, they took on the values of that KKK, that elitism. And we have to stop that. We can’t have people who are so elite. This is the party of independent minded people and this elitism has to stop. And we’re not going to have dynasties.  We’re not going to have lifelong politicians. We’re not going to have special interest insiders, and we’re definitely — definitely! — not going to have people who don’t understand Colorado. […] The KKK was an elite group. And that Stapleton family, back in the day in Colorado, it was terrible. And that elitism has fallen through. They send their kids to private schools. They make them elite. They make them part of this global tribe. And when the Bushes came out and said they were globalists, I was so upset!

Sengenberger challenged Barlock, and gave him multiple opportunities to dial down his  inflammatory rhetoric. But Barlock’s message did not waver.  He backed his attack by pointing to a high roller Texas fundraiser for Stapleton, which featured his cousin George W. Bush.

Barlock hypes a more nationalistic world-view to contrast his worldview from Stapleton’s.

And this globalist attitude in our Republican party and all politics has to stop. We have to put America first. And to have a strong Colorado makes a strong America, makes us great again.

Furthering his attacks on the Bush-Stapleton family, Barlock points out that Mayor Ben Stapleton was (gasp) a Democratic mayor.

When Sengenberger asks Barlock to comment on Democrats charging Trump (also a former Democrat) with having KKK values, the candidate replies:

You know, I look at them and say, ‘Well, they were Democrats that started [the KKK], and since you guys want to take our guns, take our rights, [it] looks like the Democrats are more KKK than anybody else–. You know, Hitler was a vegan and a dog lover, too, huh?  So, I guess all those Democrats that say, ‘We’re goody-two-shoes!’ may be Hitler all over again.

The relevant section of Sengenberger’s interview with Steve Barlock can be heard in the media player below: