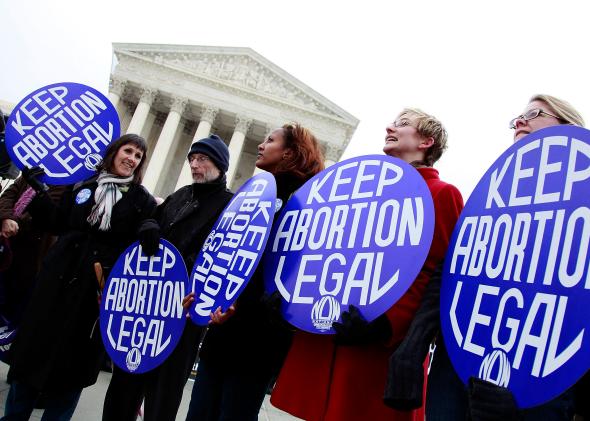 A new report released today from the National Academies of Sciences, Engineering and Medicine has confirmed that abortion is safe – debunking once again the myths and misinformation pushed by opponents of legal abortion.

Let’s hope it’s once and for all, since those myths and misinformation have been used to enact 401 new restrictions on abortion since 2011. The report shows no evidence that those restrictions improve the safety or quality of abortion care. Instead, they impede a woman’s ability to get the care she needs. Faced with this comprehensive evidence, will politicians finally stop meddling in our personal decisions and health care? I am hopeful—but I won’t hold my breath.

I’ve worked with Colorado communities for more than a decade, and I’ve seen firsthand what having an abortion means for women: the ability to safely end a pregnancy and go on with her life.

The study confirmed something public health experts and community leaders from across the country have observed: that restrictions on abortion, which vary widely from state to state, make it harder to get safe, quality care. Some of these restrictions, like forced delays and bans on insurance coverage, force women to delay care for weeks while they jump through hoops and raise funds to pay out-of-pocket.

If I had shown up for care after the multiple hoops of raising money and being absent from various jobs, and was told I had to wait 24 hours and make yet another appointment, that alone could have placed care beyond my reach altogether. Needless to say, being told that one must wait any length of time to “ensure” a person like me seeking abortion treatment can “think over” what already is an intensely personal decision is insulting and infantilizes the decision-making of an adult who has already determined what’s best for them and their family. It’s unconscionable that politicians would stand in the way of a woman receiving safe, quality care as soon as she has made her decision.

Other restrictions interfere directly with the provider-patient relationship, banning qualified health professionals from providing abortion care or even forcing providers to misinform women about abortion or perform a medically unnecessary service. A woman’s health – not politicians – should determine the information and care she receives. Yet in many states, politicians require that women listen to scripted speeches frightening them with inaccurate information designed to change their minds or shame them.

Here in Colorado, we’ve been spared some of the worst restrictions – but getting an abortion can still be difficult, particularly for young people, low-income women, and those who do not have transportation to a clinic. Since 2011, we’ve seen a 14 percent decline in overall providers. In 2014, some 78 percent of Colorado counties had no clinics that provide abortions, and 27 percent of Colorado women lived in those counties.

RELATED: Anti-abortion bills defeated after women speak out about their personal experiences at Colorado’s Capitol

The Colorado constitution currently bans Medicaid from covering abortion care in the state Medicaid program, leaving many Coloradans, including Latinxs and immigrants, struggling to make ends meet with few options to pay for care. Finally, the state mandates parental involvement with a young person’s abortion, whether or not it’s what is best for that young person.

Other states have it much worse than Colorado – but we must remain vigilant. We’ve already had to fight two extreme “personhood” measures that could have banned abortion and other reproductive care, and the opposition is unlikely to relent.

I care about this issue because I’ve seen how women and families are harmed when health care is denied – and because safe abortion care was available to me when I needed it. This care should be available for every person who needs it, whatever their income, immigration status, age, or zip code.

The research is in. Abortion is safe – but so heavily restricted that many people are cut off from the quality care they need and deserve. I need to believe that facts still matter, and that these facts will help us work to lift these barriers so that each of us can make personal decisions about pregnancy and parenting without politicians standing between us and safe, quality care. 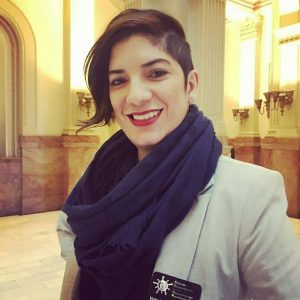 Victoria Gómez Betancourt, NMN, is Communications and Development Director of the Colorado Organization for Latina Opportunity and Reproductive Rights (COLOR).

Home › Forums › New study: abortion is safe – but restrictions can block women from the care they need