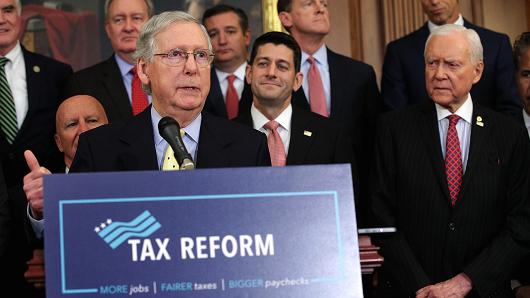 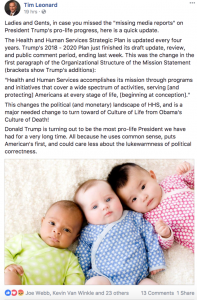 The Republican tax bill is being stuffed with provisions that go way beyond taxes, including language that for the first time recognizes fertilized eggs (zygotes) in federal law.

The bill allows parents to set up education accounts for an “unborn child” or “child in utero,” defined as “a member of the species Homo sapiens, at any stage of development, who is carried in the womb.”

Coloradans will recognize the bill’s language as reflecting the wording of “personhood” abortion bans, which aimed to give legal rights to zygotes and thereby turning an abortion into a murder.

Personhood laws would also likely ban some forms of birth control, as courts have accepted arguments for anti-abortion activists that some contraception has the potential to destroy a zygote.

Despite the losses, the personhood concept has the support of some Colorado Republicans, like U.S. Sen. Cory Gardner, who co-sponsored federal personhood legislation when he was a member of the U.S. House and did not withdraw his support from the bill during his campaign for U.S. Senate in 2014.

Gardner voted for the GOP tax bill in committee, and hasn’t raised objections to the personhood provision.

At the Colorado Capitol, Republicans introduced personhood bills in recent years, with the lead sponsors of this year’s bill being State Reps. Stephen Humphrey of Eaton and Kim Ransom of Lone Tree, and State Sen. Tim Neville of Littleton.

What do personhood backers in Colorado think of Trump’s effort to enshrine personhood in federal law?

On his Facebook page, Colorado State Rep. Tim Leonard of Evergreen, a longtime personhood supporter and co-sponsor of the 2017 state personhood bill, recently lauded Trump for taking pro-personhood steps within the Department of Health and Human Services (HHS).

Trump’s HHS took what Snopes calls a “radical departure” from previous administrations, both Republican an Democratic, in including language in planning documents defining human life as “beginning at conception.”

Such a definition of a person comports the wording of Colorado’s personhood amendments and legislation, as well as the language of the Republican tax plan under consideration in the U.S. Senate.

“This changes the political (and monetary) landscape of HHS, and is a major needed change to turn toward of Culture of Life from Obama’s Culture of Death!,” wrote Leonard on Facebook.

“Donald Trump is turning out to be the most pro-life President we have had for a very long time. All because he uses common sense, puts Americans first, and could care less about the lukewarmness of political correctness,” added Leonard on Facebook.

A message left for Leonard to confirm his post and find out if he supports the personhood language in the tax bill was not immediately returned.