by
Madeleine Schmidt
posted on
December 8, 2017

The Chaffee County, Colorado, Republican Party has been pushing out falsehood after falsehood on its Facebook page, posting five incorrect items in the past three days.

The posts include a completely false quote from U.S. Sen. Elizabeth Warren (D-MA) alleging she said “women need to be raped by Muslims to prove our tolerance”, another fake quote from Democratic donor George Soros, and a photo of former Vice President Joe Biden that is altered to make it appear that he groped a woman.

Snopes debunked the following post, saying it was “fabricated from thin air.” 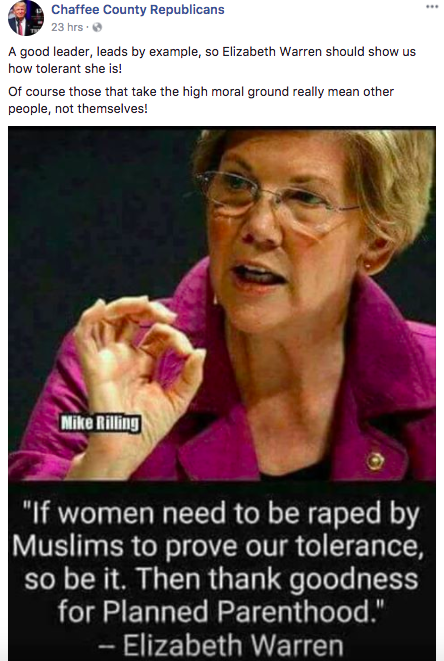 The following photo was originally published by the satirical website WorldNewsBureau.com, which was altered to make it appear that Biden groped reporter Amie Parnes. The Chaffee County GOP posted the photo without comment. 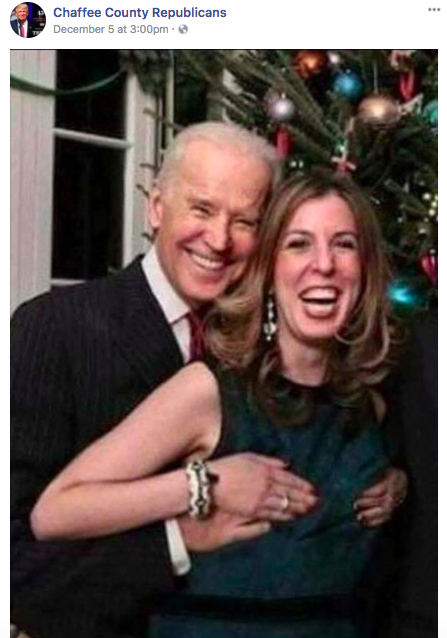 Although fact checkers like Snopes and Politifact have yet to sound the alarm to the following quote that some have attributed Soros, there’s no evidence that he said the following: 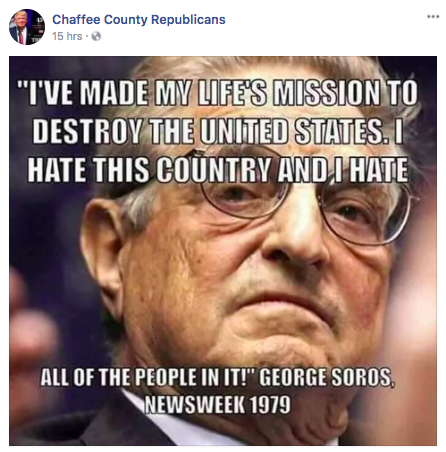 In an effort to argue that electric car batteries are more harmful to the environment than oilsands, the Chaffee County GOP circulated the following photo of a lithium mine next to that of an oilsands site. But as Snopes pointed out, that photo doesn’t actually show a lithium mine, and the second photo is misleading. 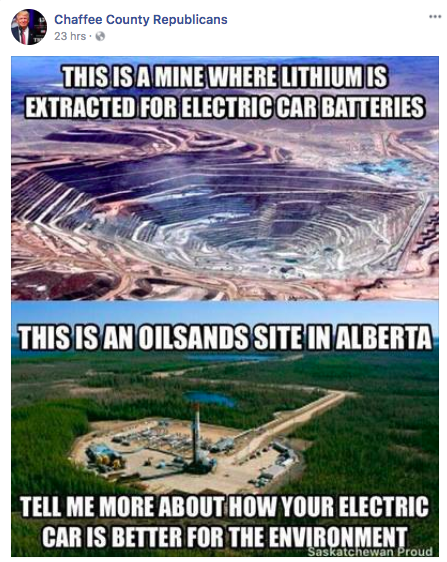 Following news that Trump’s former national security adviser Michael Flynn was pleading guilty to lying to the FBI, Trump claimed that Hillary Clinton lied to the FBI “many times”. Despite the utter lack of evidence for that claim, the Chaffee County GOP reinforced the falsehood in the following post. 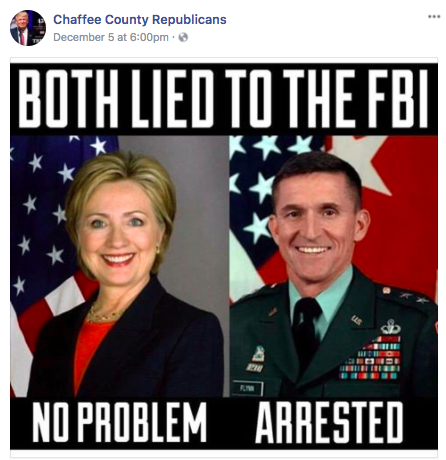