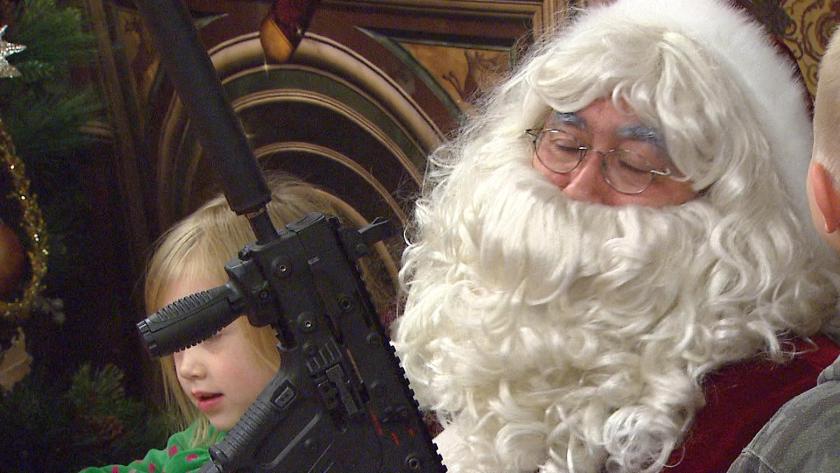 Billed as a “family-friendly event,” the party offers free photos with Santa and a variety of weapons, including a machine gun. Children were invited to “shoot a .22 with Santa,” while adults could “shoot a machine gun with Santa.” 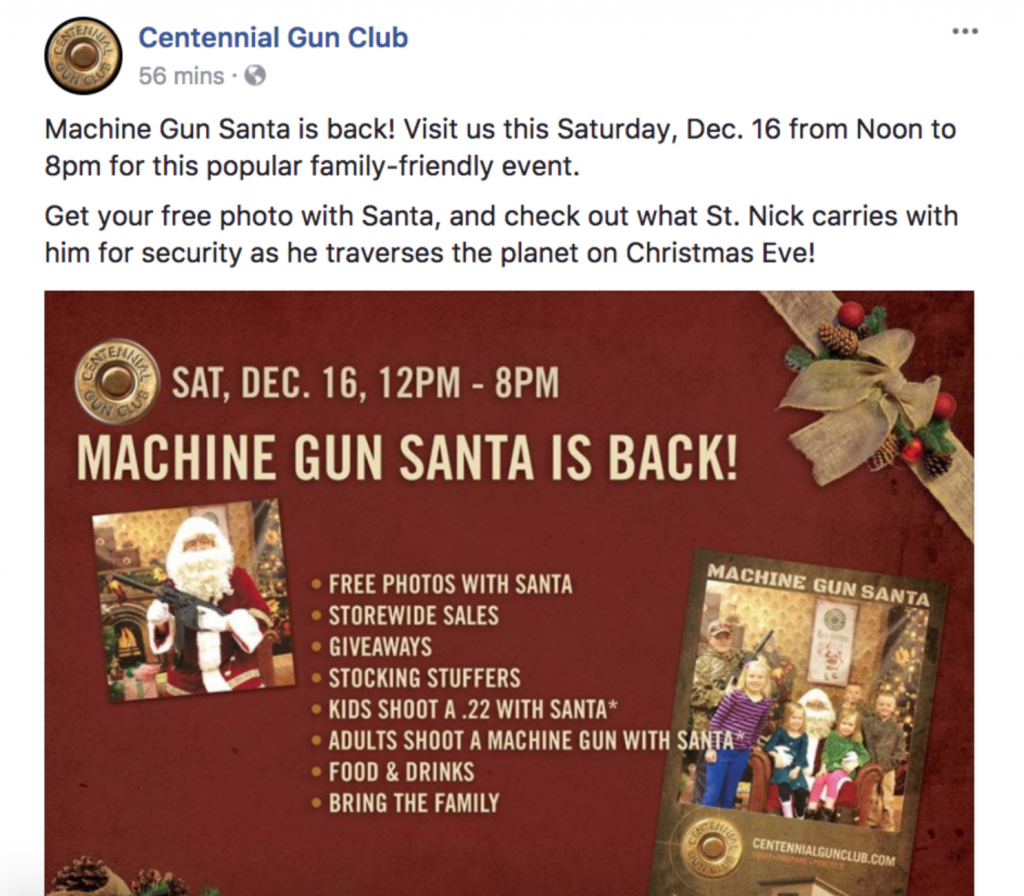 The gun club held a similar holiday event in 2014, featuring The Grinch and his dog Max as targets for shooters. It’s unknown if the club also used these targets this year. 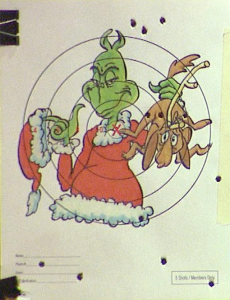 That 2014 event was covered by CBS 4 in its story, “Santa Takes Out The Grinch With A Machine Gun In Centennial.”

Lots of parents take their kids to get a picture with Santa. Lots of parents share their passion for firearms and shooting with their kids. Millions surely do both. Not nearly as many, though, do it simultaneously. Merry Christmas and a happy New Year to all, including those in the center of this unusual Venn diagram.