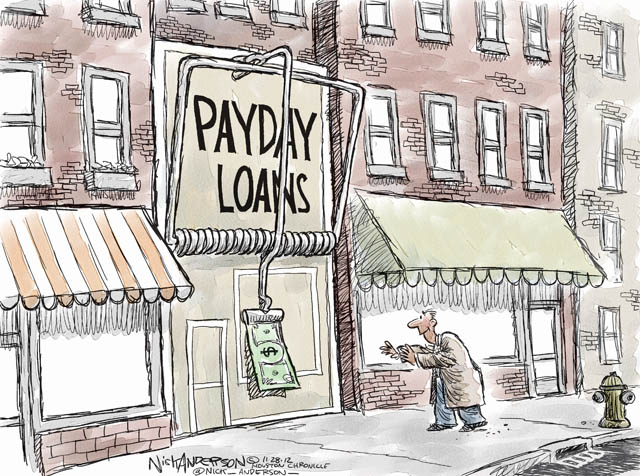 Another year is slipping by and it’s worth noting that One Main, the company that offers most of Colorado’s “personal loans,” seems to still have a thriving business here.

Who cares? Well, you recall, back in 2016, One Main backers claimed that if Colorado’s legislature didn’t pass a bill allowing One Main to make more money, the company would flee profitless Colorado, and folks with bad credit ratings and who need high-interest loans to get back on their feet would be left with no options.

One Main backers had said the same thing about the company the previous year, in 2015, and the business never left our state.

But that didn’t stop One Main from going to the legislature in 2016 and pushing legislation that would have allowed interest rates to rise on these types of predatory loans. The allowable interest rate is already high, ranging from 15 to 36 percent. But One Main wanted even more.

Colorado’s GOP attorney general offered testimony at the Capitol at the time that access to personal loans was not threatened under the existing interest-rate structure, making it look like One Main’s business was solid. This was reluctantly confirmed by the company itself.

This is still almost undoubtedly the case. Otherwise, if you believe the company’s backers, the business would have exited Colorado by now.

And it would have blamed Democrats who killed the legislation it allegedly needed so badly.

As it is, low-income Coloradans can thank lawmakers for taking a stand. It’s a strange world where you’re saying thanks for holding interest rates at 15 to 36 percent for loans to people who are poor to begin with, but it could have been worse.