Proposed Laws Would Save Millions for Families, Businesses 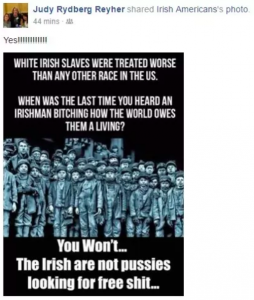 During her speech Monday to a Republican vacancy committee that selected her to represent House District 47 at the Colorado Capitol, former Otero County GOP chair Judy Reyher slammed public education, saying, “They keep pouring money in, and we keep churning out more idiots.”

“All the money that they keep throwing into public education isn’t always the answer,” Reyer said in a video of the meeting, obtained from a source. “It’s going to take more involvement from people and from local government, not the federal government or the state government, for all intents and purposes.They keep pouring money in, and we keep churning out more idiots. Excuse me, but if you’ve ever heard some of them interviewed, you’re shaking your head. We were, most of us, lucky enough to go to school when school meant something, when history meant something.

Reyher has been asked by Democratic and progressive groups to give up her state house appointment in light of racist and bigoted comments to The Denver Post and in Facebook posts. She issued an apology to those offended by her Facebook activity.

Reyher told the vacancy committee before its 6-5 vote to appoint her that she feels “very strongly” about public education, having been a substitute teacher and “very involved” when her children were in school.

Reyher did not display her own best history knowledge when she shared the meme above, which has been quoted in media reports, stating that:

WHEN WAS THE LAST TIME YOU HEARD AN IRISHMAN BITCHING ABOUT HOW THE WORLD OWES THEM A LIVING?

YOU WON’T…. THE IRISH AREN’T PUSSIES LOOKING FOR FREE SHIT…

“Yes!!!!!!!!!,” commented Reyher on the meme, probably not realizing that there were no “white Irish slaves” in the U.S.

But the racism and objective obnoxiousness in this meme still hold up, even if the facts don’t.

Reyher did not return a phone call seeking to find out how many “idiots” Colorado’s public education system is churning out, versus acceptably educated students, as well as what Reyher’s solution would be, aside from more local control.

“I am very ready to be 100 percent in Denver, 110 percent working for every one of you,” said Reyher at the end of her speech before her winning vote. “And I would be very honored if you would allow me to be the next representative for House District 47.”

The vacancy resulted from the resignation of House District 47 Rep. Clarice Navarro of Pueblo, who will be joining the Trump Administration.