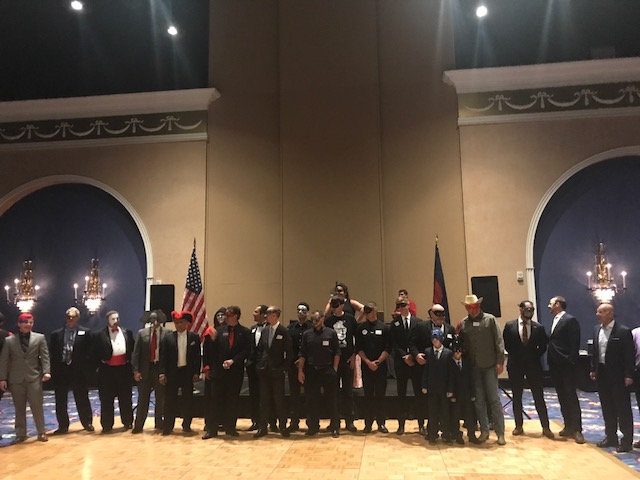 The mood was cheery at the Colorado Federation of Young Republicans’ masquerade ball last week at the Broadmoor hotel in Colorado Springs.

But the blood red color of the chairs and attire of the participants gave a picture that was reminiscent of the movie, “The Purge.”

After socializing with Republican youth, many wearing elaborate masks and ballroom attire, the Republican candidates each made their appeal to what they repeatedly emphasized as the future of the Republican party.

Gubernatorial candidate Victor Mitchell focused on the importance of education as well as his plan to freeze tuition costs once in office.

Robinson described his experience traveling through Colorado as well as the concerns of Republican groups in the state.

“We wanna win,” he said. “That is the number one thing and it is absolutely critical that we do that.”

After taking off his mask and pirate hat, Lopez addressed the problems facing the Republican Party. He pointed out the divisiveness of the party as well as its struggle to change what the party represents and its ability to be inclusive. 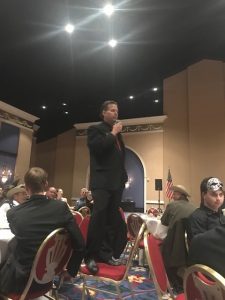 The next candidate to take the floor was Barlock. Donning a red devil mask with a red tie to match, he dramatically pulled a chair away from one of the banquet tables and stood on it, staring down into the audience.

As the former co-chair of President Donald Trump’s campaign in Colorado, he boasted that he’s the only candidate to fully support Trump since the beginning of his presidential campaign.

“I am the only candidate who used their sphere of influence to elect Donald Trump, and what does that mean to our youth?” he asked. “It means that whisper that they had to keep in their school buildings, their whispers in classrooms that they are conservatives and are supporting Donald Trump occurred. And that’s wrong. We should have the right to voice our political opinion in our education system. We shouldn’t have to be afraid to support a man who is going to make America great again.”

Throughout the evening, campaign advisors and volunteers encouraged young Republicans to sign up to volunteer or donate to their candidates.

The night ended with a mask judging competition and a dance party.