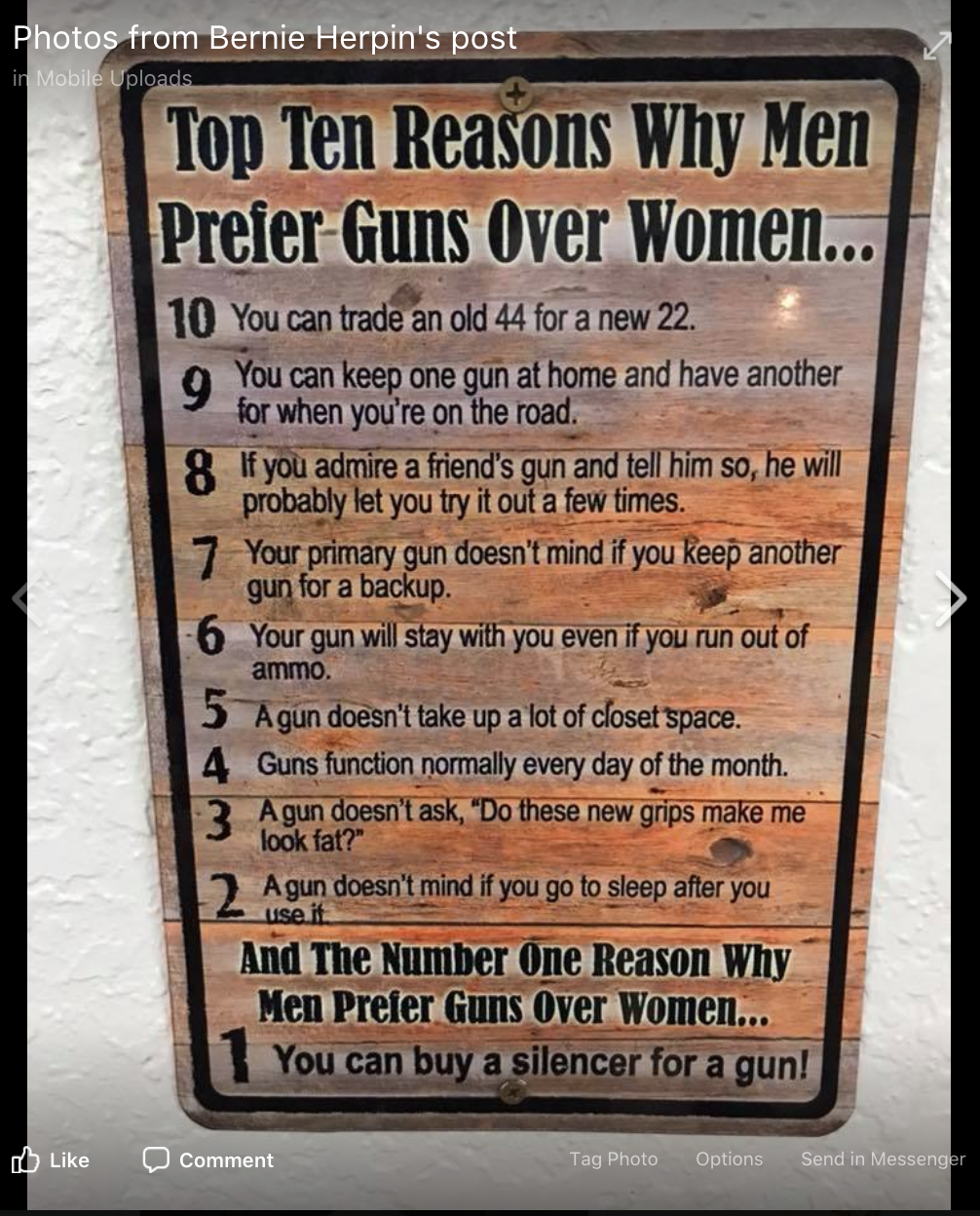 Another public statement on Monday could be considered an indication of the challenges facing all legislators as they attempt to grapple with a culture of misogyny that “has been happening for generations.”

Former Colorado Springs State Sen. Bernie Herpin posted a picture enumerating the “Top Ten Reasons Why Men Prefer Guns Over Women.” Herpin, a Republican, posted a picture of a sign from Shooters Grill in Rifle. As the restaurant’s name implies, it celebrates gun culture and the Second Amendment, including some waitstaff who openly carry firearms while they work. The diner was recently featured on Fox31’s “Guide to Colorado’s Craziest Restaurants.”

This particular piece of decor, however, uses particularly demeaning and sexist language:

As a private citizen, Mr. Herpin’s sense of humor and decorum isn’t subject to the same scrutiny as when he represented the men and women of District 11. He is free to share anything he likes. That said, news reports that sexist behavior and attitudes have been pervasive at Colorado’s capitol for “generations.” If this post by a former state senator is at all indicative of the work environment under the dome, then legislative leadership clearly has a long way to go to repairing capitol culture.