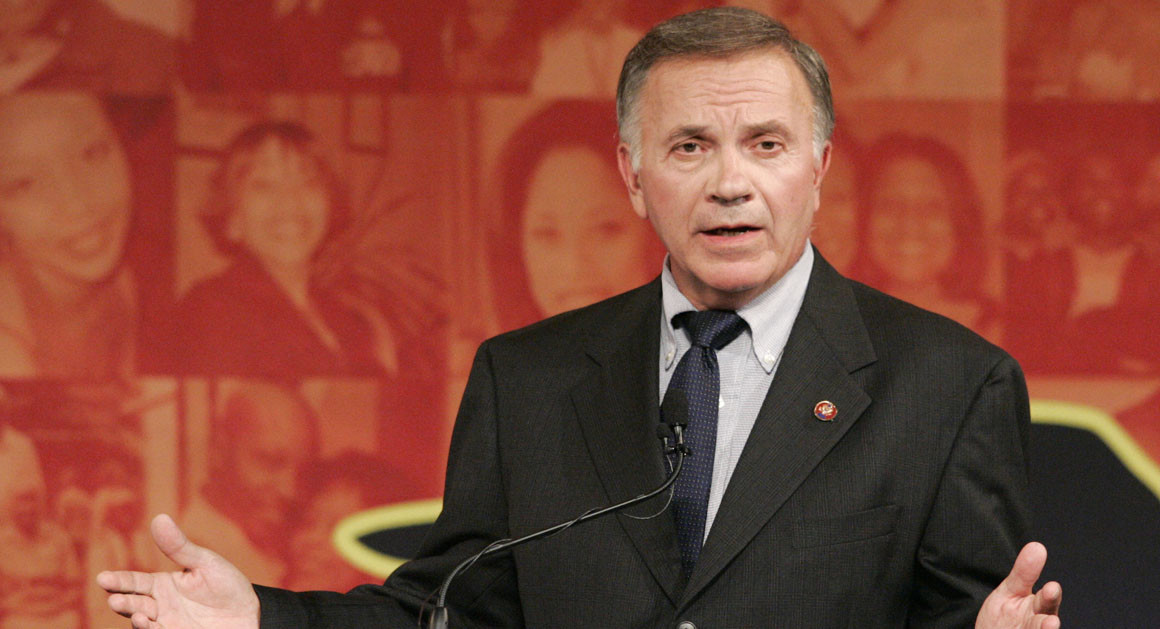 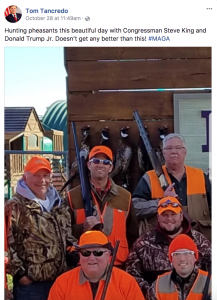 “Hunting pheasants this beautiful day with Congressman Steve King and Donald Trump, Jr. Doesn’t get any better than this! #MAGA,” wrote Tancredo on Facebook.

In the photo on the right, Tancredo is pictured on the top left; Trump, Jr., is top middle.

Tancredo, who’s considering a gubernatorial run in Colorado and generated recent headlines after he spoke with former Trump adviser Steve Bannon about it, has shot “a lot of pheasants” at King’s annual pheasant hunt before. And he’s schmoozed with fellow anti-immigrant GOP notables at the event, including U.S. Sen. Ted Cruz of Texas, whom he met there in 2015.

This year, Rep. Louie Gohmert of Texas and former Rep. Gill Gutknecht of Minnesota were slated to attend King’s pheasant hunt, along with Tancredo and others.

When Trump, Jr., campaigned in Colorado during the presidential election, he was criticized for hunting animals much larger than pheasants, such as water buffalo.

King’s Col. Bud Day Pheasant Hunt was a fundraiser, and took place Saturday and Sunday at the Hole N’ the Wall Lodge near Akron, Iowa.

King said in a statement that the event includes “good, healthy conversation among conservatives who love America.”