by
Madeleine Schmidt
posted on
September 29, 2017

Despite his record of bigotry and extremism, some Colorado Republicans embraced hardline conservative Christian Roy Moore after his upset over incumbent Luther Strange in Alabama’s U.S. Senate GOP primary election this week.

President Trump initially threw his support behind Strange, while Moore was endorsed by far-right anti-establishment crusaders like Steve Bannon and Nigel Farage. Trump was reportedly embarrassed by his apparent lack of control over his own movement, quickly deleting his Twitter support for Strange after he lost and congratulating the GOP nominee.

So who is Roy Moore? Here are some of his greatest hits:

Given Moore’s well-documented extremism, you’d think Republicans would want to distance themselves, especially those seeking reelection in blue-leaning Colorado.

Senator Cory Gardner, who once campaigned on being a “different kind of Republican” and now heads the National Republican Senatorial Committee, was happy to embrace Moore, saying in a statement that “Roy Moore will be imperative to passing a conservative agenda, and we support him in keeping this seat in Republican hands.”

Congressman Ken Buck was quick to congratulate Moore on his win on Facebook with the comment “Let’s drain the swamp.”

State Rep. Dave Williams (R-Colorado Springs), whose far-right ideology aligns with Moore’s on a couple issues, praised the GOP nominee’s win as a victory against “the establishment.” 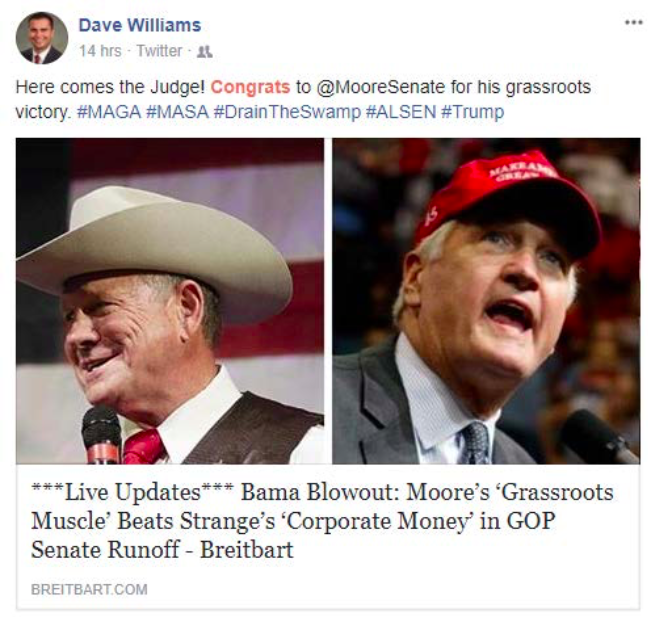 And then there’s former state Rep. Gordon Klingenschmitt, who, like Moore, thinks horrible things happen to people because we’re not obeying God. (Klingenschmitt once said that an attack on a pregnant Colorado woman whose baby was cut from her womb was “the curse of God upon America for our sin of not protecting innocent children.”) 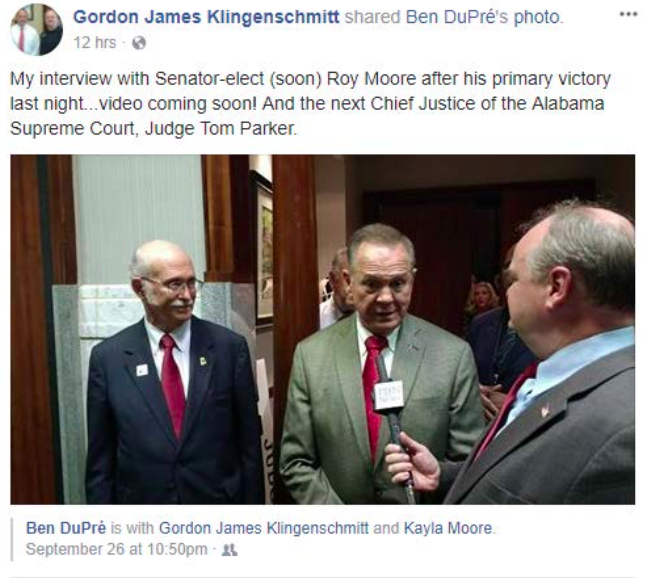 Moore will face Democratic candidate Doug Jones, an attorney who took on the KKK and, among other things, pledged to not embarrass the people of Alabama. The state hasn’t elected a Democrat to the Senate since 1992.