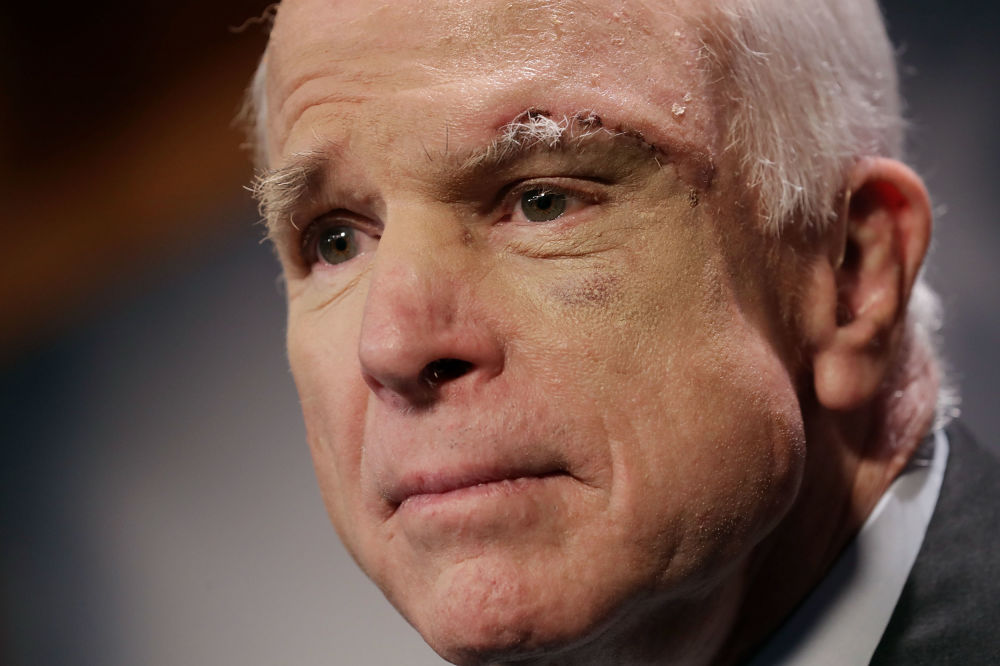 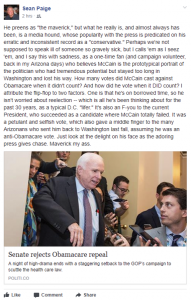 U.S. Sen. John McCain (R-AZ) is under fierce attack by some Colorado conservatives, after he played a key role in torpedoing GOP bills to kill Obamacare.

Asked about his comment, Klotz told me, “A number of our senators, as they get some age on them, seem to lose some of their wisdom. And I wouldn’t confine that strictly to John McCain, but as a geriatric myself, I have to say that at a certain point, your wisdom has the potential to diminish. And I think he is at that point.

The cancer raises suspicions, is he the John McCain that we used to know? I’ve had too many friends that ended up with that disease. In particular as it moves into the brain, they may not think the same way as they used to.”

“I may have been a little bit too concise in what I said [on Facebook],” Klotz told me, adding that U.S. Sen. Chuck Grassley (R-IA) is an example of an older politician who “still possesses a lot of wisdom.” 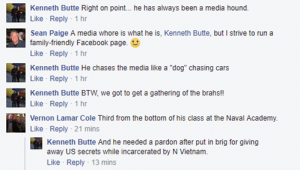 “Perhaps we’re not supposed to speak ill of someone so gravely sick, but I calls ’em like I seez ’em, and I say this with sadness, as a one-time fan (and campaign volunteer, back in my Arizona days) who believes McCain is the prototypical portrait of the politician who had tremendous potential but stayed too long in Washington and lost his way,” wrote Paige in a Facebook post obtained by a source, going on to say that McCain’s vote against the skinny repeal was “petulant and selfish.”

Paige concluded with, “Maverick my ass.”

Back in July, Kelly Couey, a Colorado Republican who appeared in an I-Am-Created-Equal video prior to the 2014 election criticizing Colorado’s Democratic Sen. Michael Bennet for his support of Obamacare, had this to say on Facebook about McCain, “Sorry John McCain, the cancer in your head is not as bad as the poison in your corporate bought out black heart.”

State Rep. Humphrey posted his comment about McCain along with a LifeNews.com article headlined, “John McCain Sabotages Bill to Defund Planned Parenthood. No Vote Puts Bill in Jeopardy.” The latest bill to kill Obamacare, which stalled in the senate yesterday, would have rescinded federal funding for Planned Parenthood.