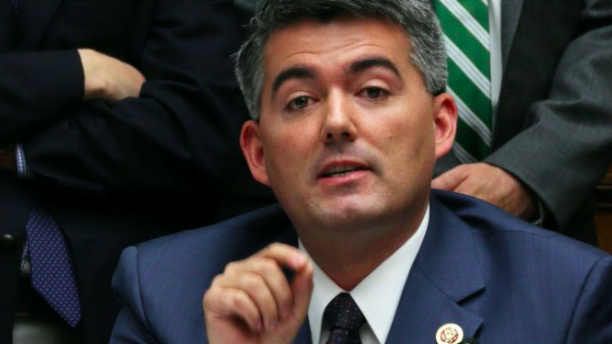 During a conference call with constituents Wednesday, U.S. Sen. Cory Gardner (R-CO) said he’d hold a town hall meeting as soon as he gets his “schedule in Washington figured out.”

“Whether we are in session next week is a little unclear right now,” he said.

But U.S. Sen. Michael Bennet (D-CO) did not have the same problems with his schedule, announcing yesterday that he’d be holding town halls Monday and Tuesday in Greeley and Sterling respectively.

Instead of a serious town hall, Gardner announced yesterday that he’d hold today’s anemic “town hall” in Durango, during which four Colorado lawmakers plan to take questions for a total of 30 minutes, according to reports heard by 9News anchor Kyle Clark, up from about five minutes, as reported yesterday.

It’s not known whether Gardner was referring to the Durango event, scheduled after a tour today of the Gold King Mine, when Gardner stated stated on his conference call Wednesday:

Gardner: I hope that we’ll be announcing very soon a town hall, as we get the schedule in Washington figured out. Whether we are in session next week is a little unclear right now.

Gardner came under heavy criticism Wednesday for calling the Durango event a “town hall,” because it was announced just 24 hours in advance, and it allotted so little time for questions. Gardner hasn’t held a town hall for 494 days.