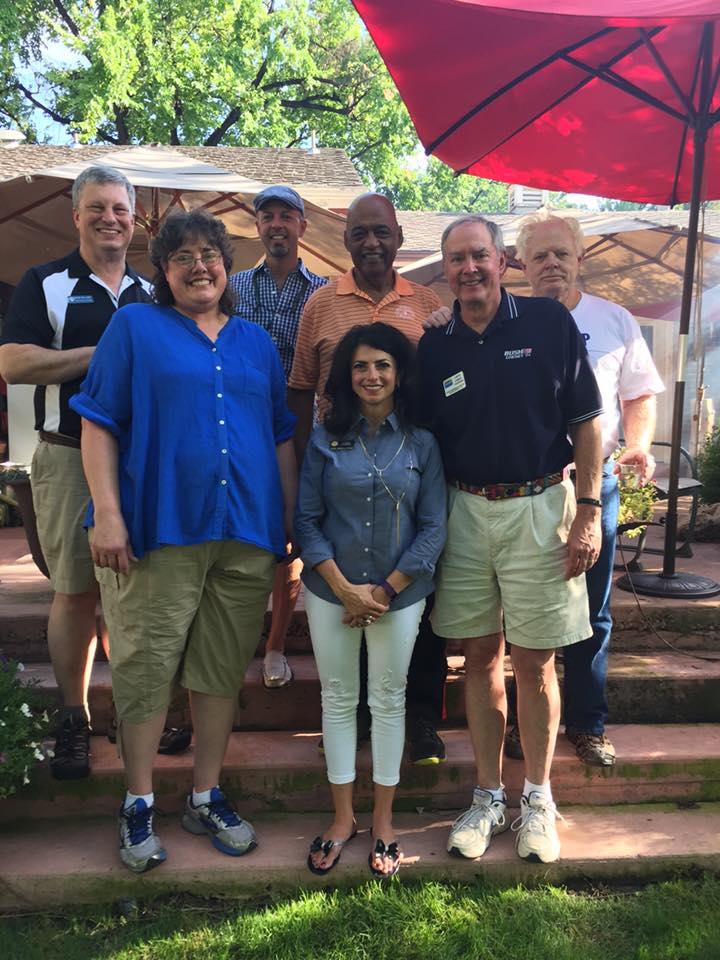 “It’s amazing that we have been lured into this argument that we’re not racists. It’s absurd,” said Colorado Republican Chairman Jeff Hays. “Why would we feel compelled to do that?”

If it’s “absurd,” Mr. Hays, why are some of the top Republican office holders in the state showing up and hanging out with a racist like Tom Ready? Before I reveal just how horrible Tom Ready is, I want to catch you up on who showed up this past weekend.

Here is our supposedly moderate Secretary of State Wayne Williams hanging out at Ready’s event: 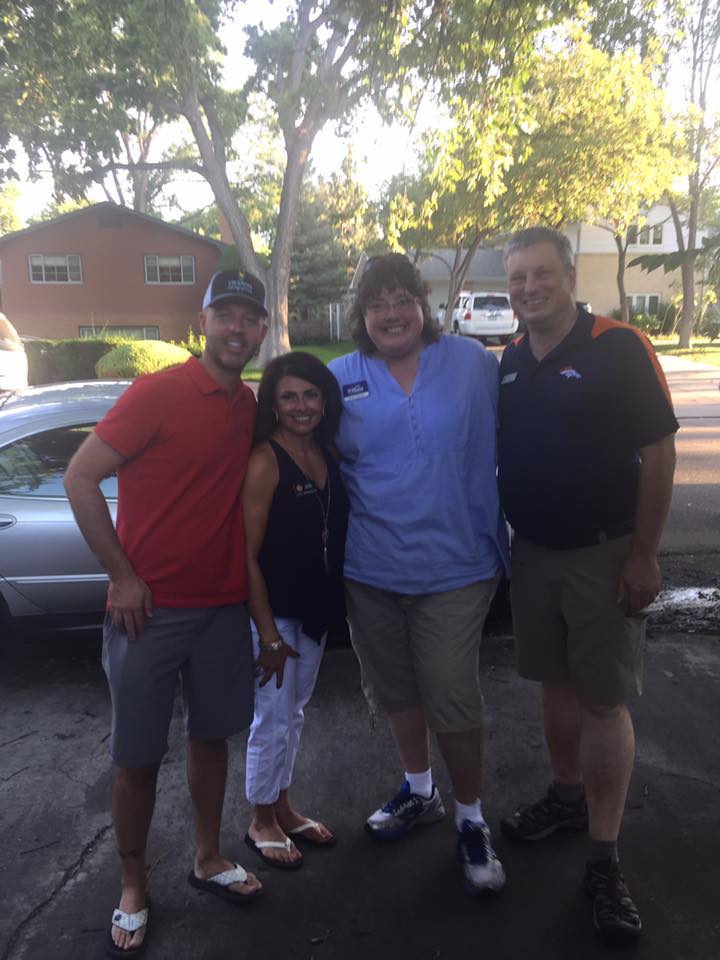 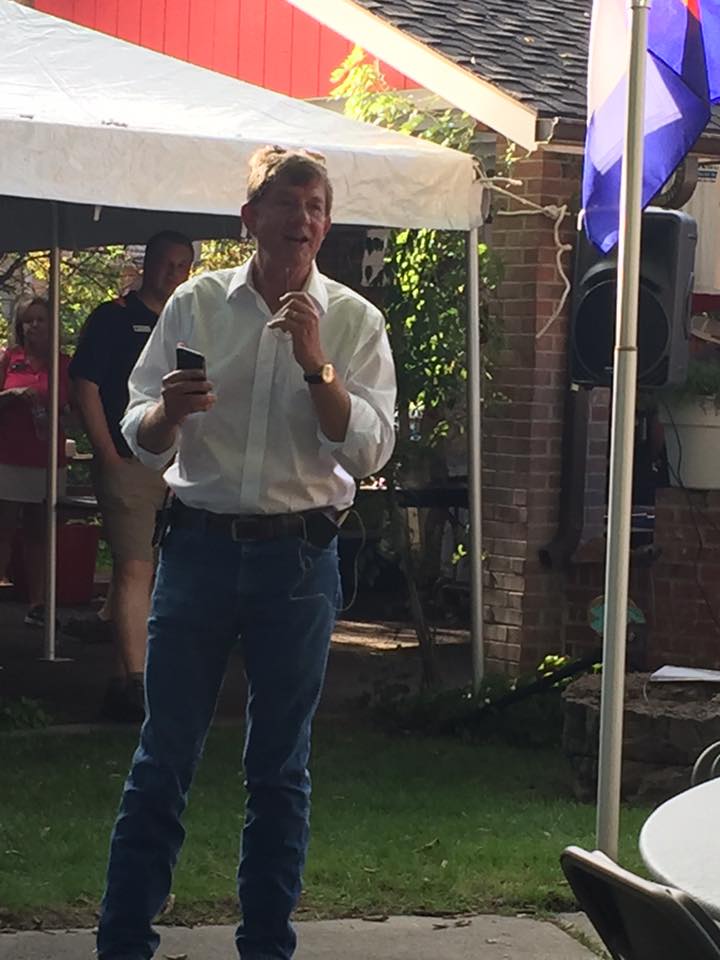 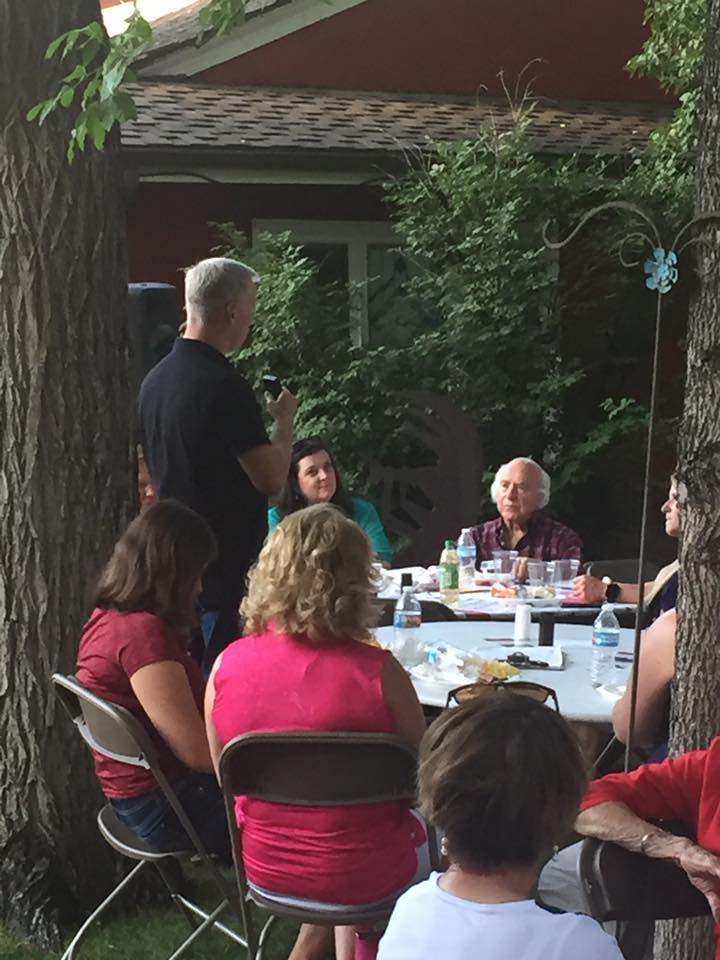 GOP State Rep. Clarice Navarro showed up along with Pueblo County GOP Chair Marla Reichert. They both seem to be close friends of Ready: 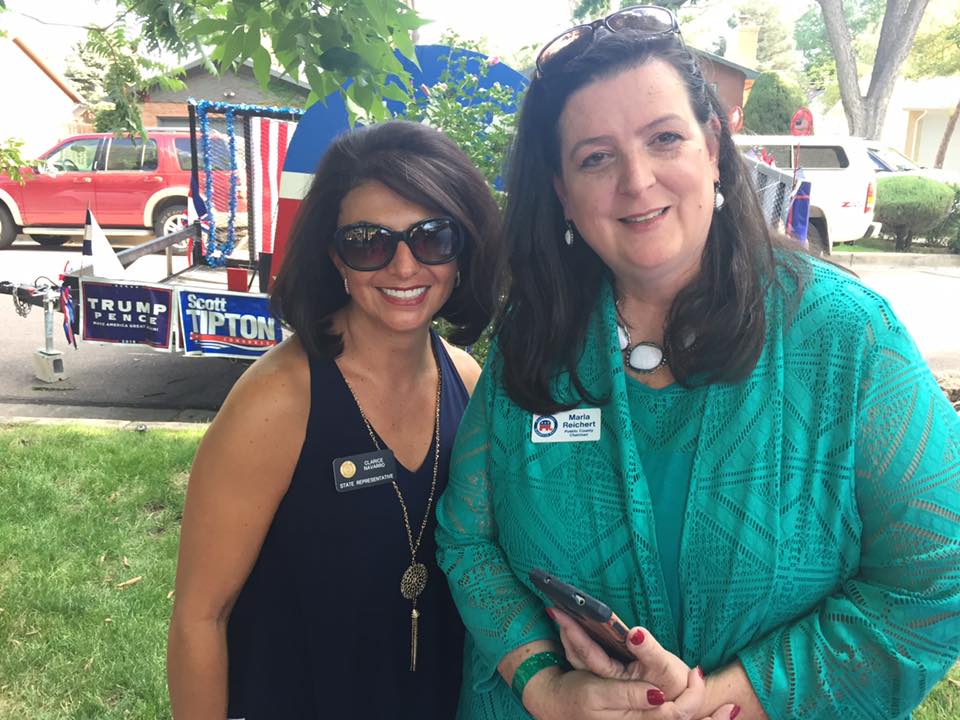 For the life of me I cannot fathom why anyone in the GOP would give Tom Ready the time of day, much less attend his annual event, but they do. You see, Tom is a racist, a misogynist, a xenophobe, a conspiracy theorist, a fake-news purveyor and a lover of the Confederacy. Anyone can see his posts, most of which are public on his FB page right here.

Below I have provided some of Tom Ready’s Facebook posts over the last couple of years. It is a small sampling of what he posts. For each one I have ten more just like it, but for the sake of brevity, I will pick out the top two or three from each category.

First is a meme that uses false statistics to attack black Americans. 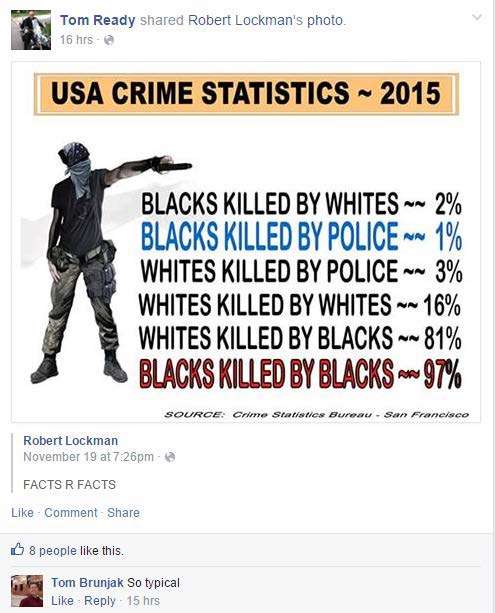 Next up, a meme that claims blacks who point out racism are racist. 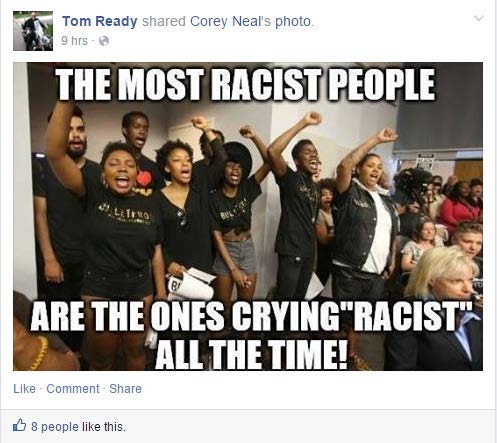 Here he is claiming the Irish were treated worse than blacks during chattel slavery which is an absurd lie. 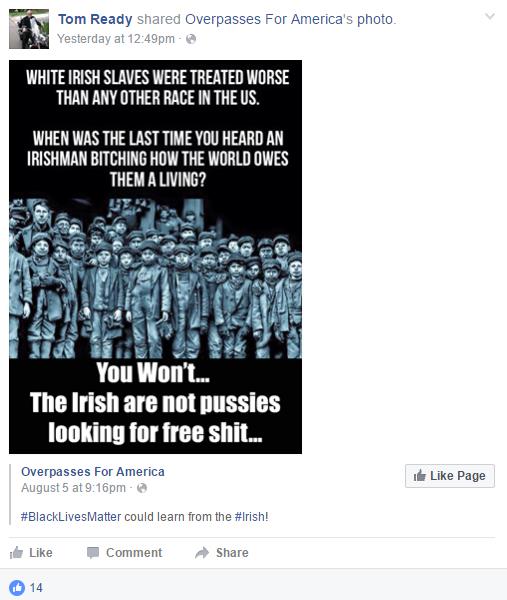 According to Tom Ready, there are no victims of police abuse. Those blacks are just criminals! 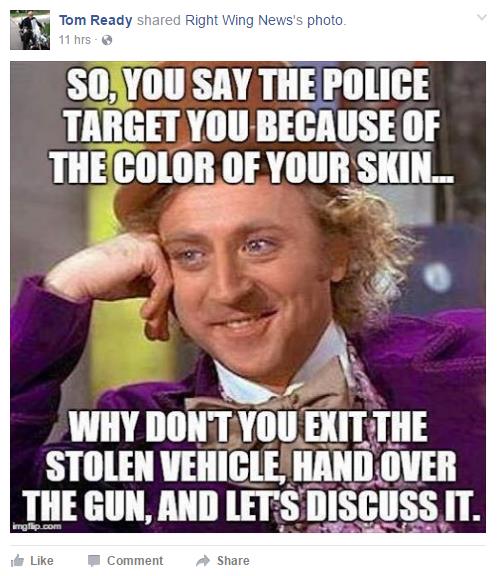 Next up are examples of his misogyny. 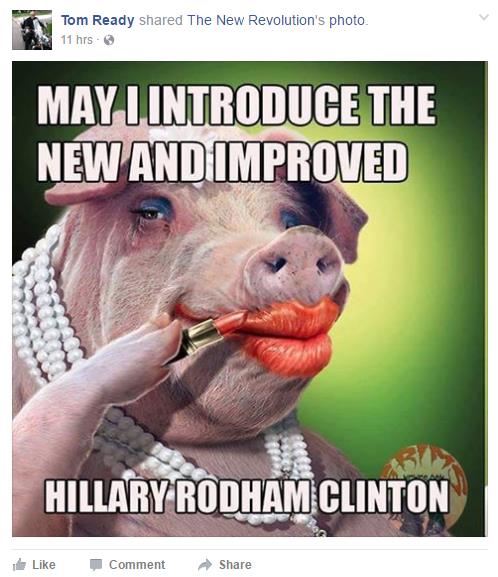 Why would public officials hang out and backslap with a guy who shares a post calling a former FLOTUS, Senator, and Secretary of State a “lying, murderous, thieving, traitorous, treasonous, psychotic bitch”? 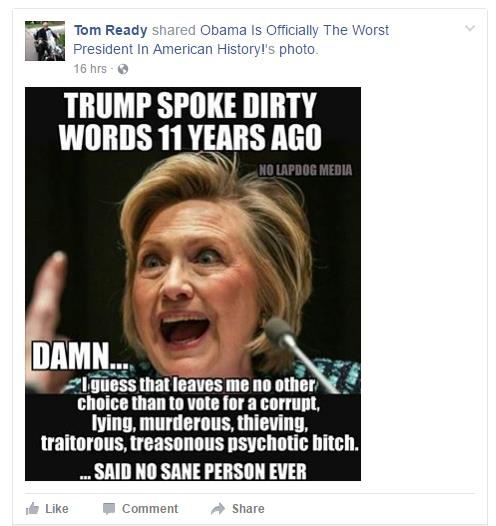 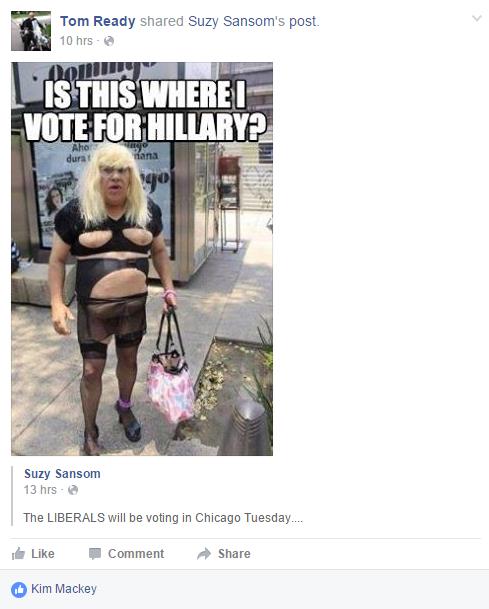 Tom is particularly hateful toward the Obamas, including attacks on Michelle Obama and their children. This is a photoshop designed to make the Obamas look like a pimp and a prostitute: 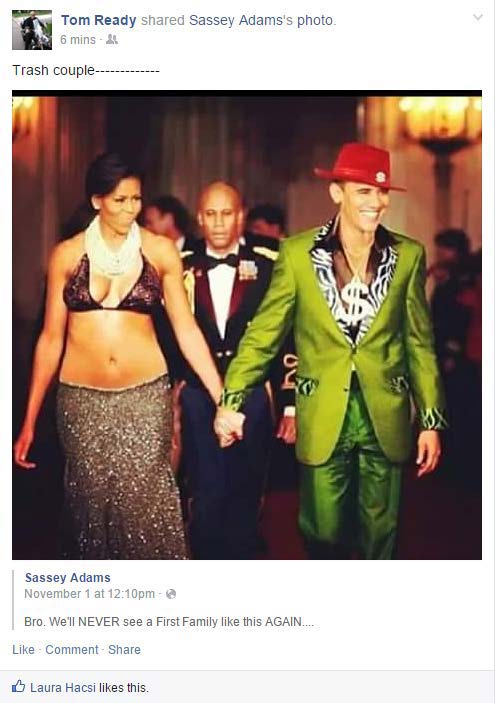 This is a fake news story attacking Obama’s child, who was nowhere near the events described: 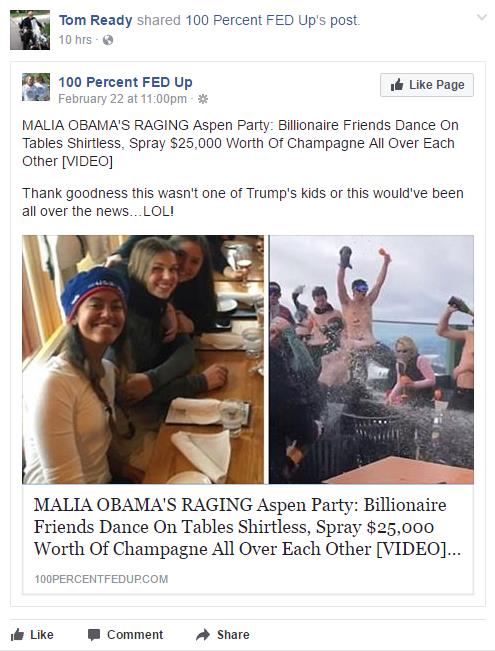 Here’s another attack on the Obama family, including their young children: 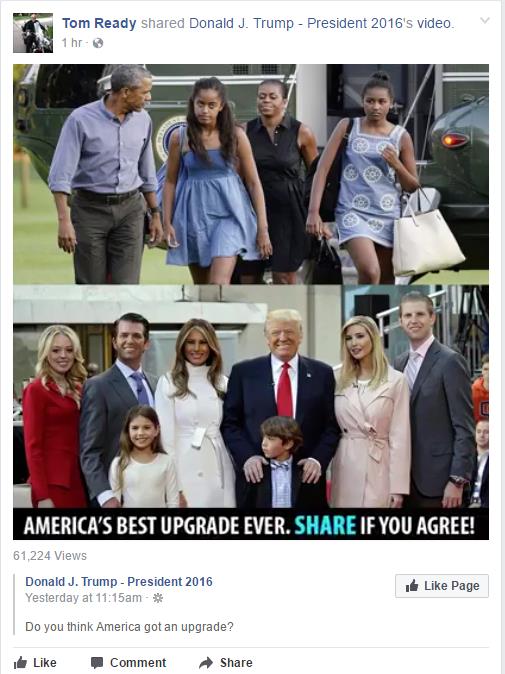 This one implies that Michelle Obama is a man: 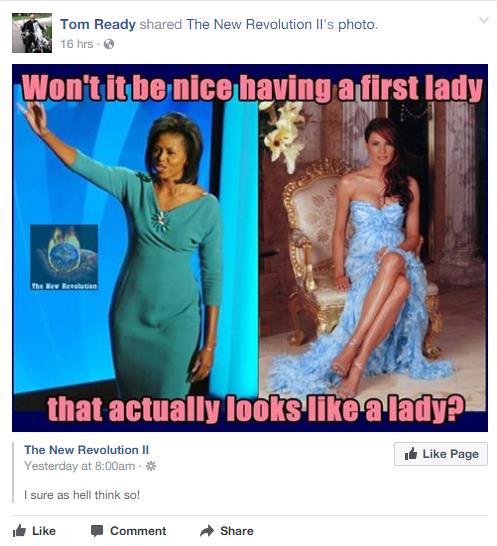 Another category of posts are the endless defenses of the Confederate flag. There is only one reason why a Coloradan with no apparent history in the South would obsessively idolize a flag that represents racism, slavery and Jim Crow to most people: racism. 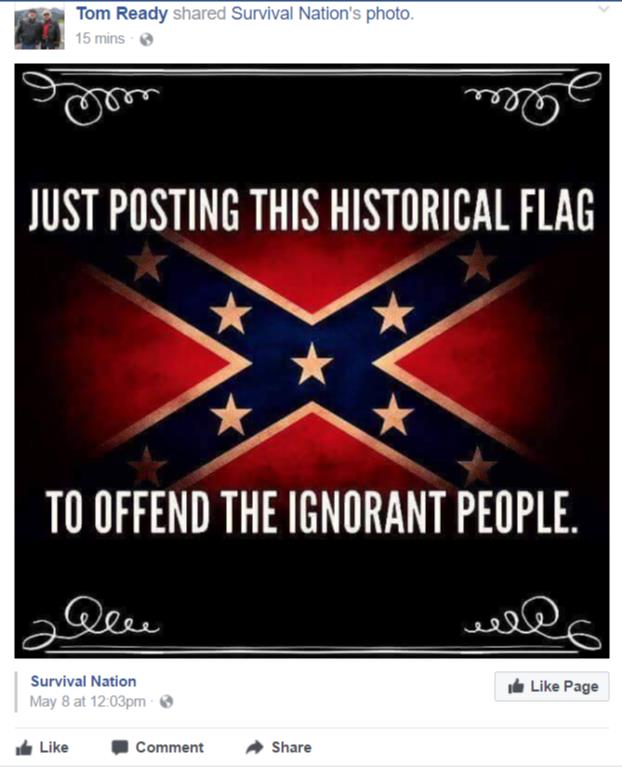 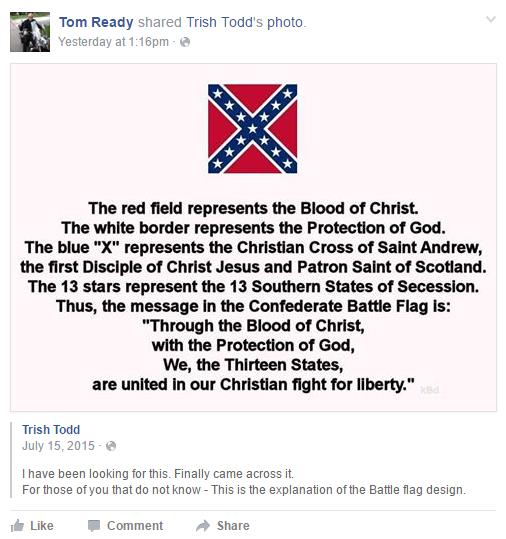 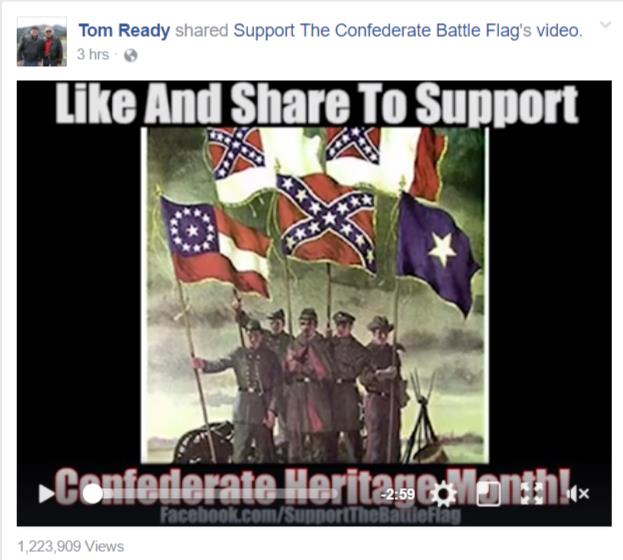 Another category is the “Obama is a traitorous Muslim” theme: 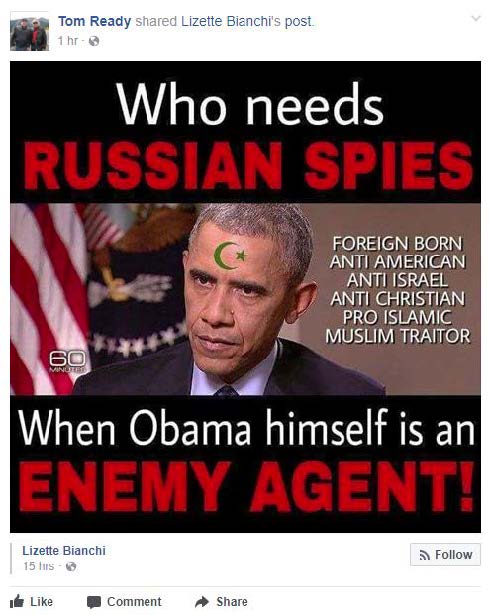 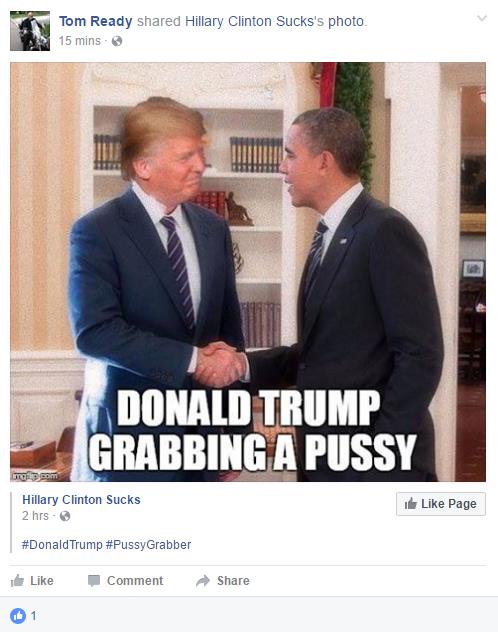 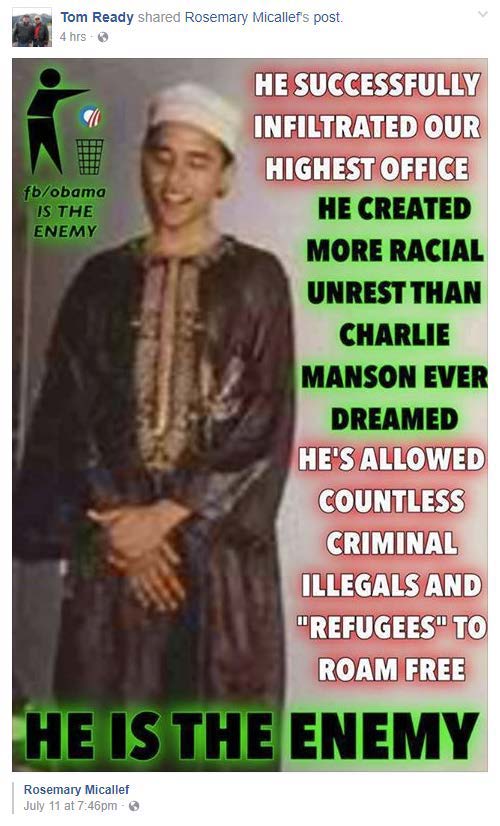 He should be tried and convicted of…something: 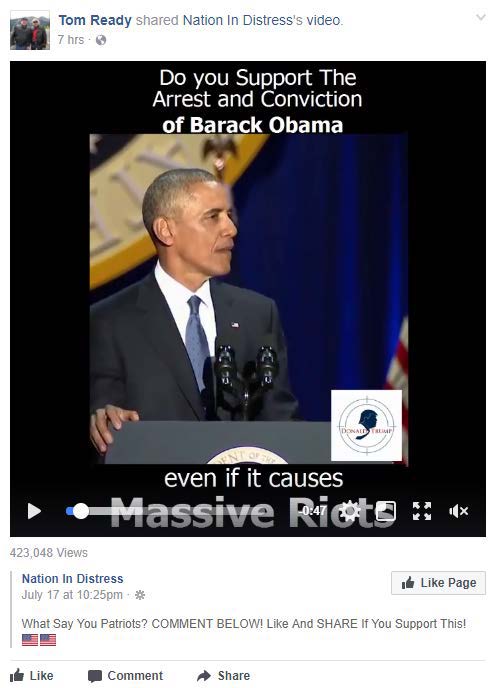 Ready is also a heavy poster of absolutely 100% false news stories and conspiracy theories. This is a photoshop: 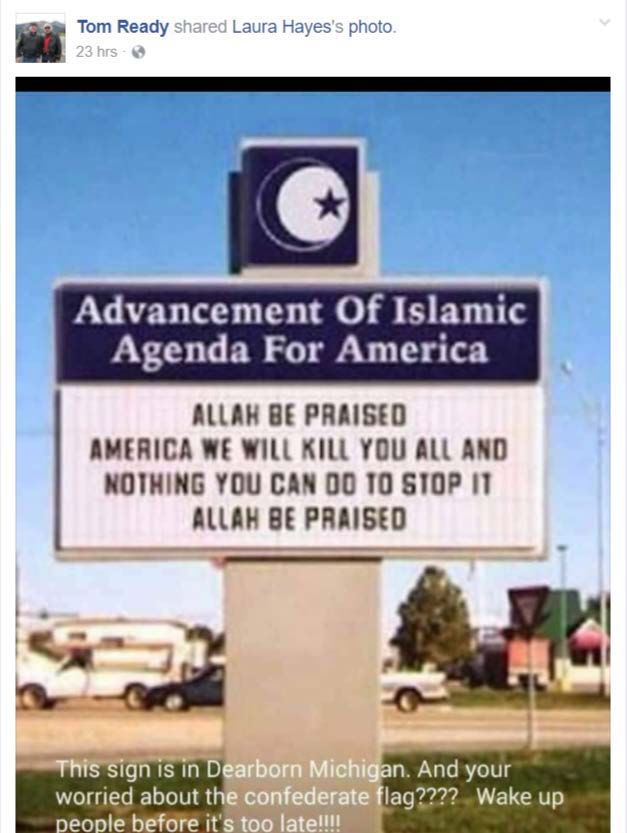 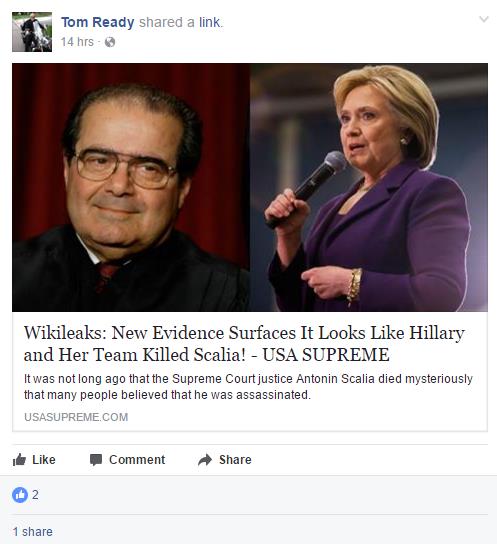 She gave ISIS 400 million dollars and should be “executed right now”! 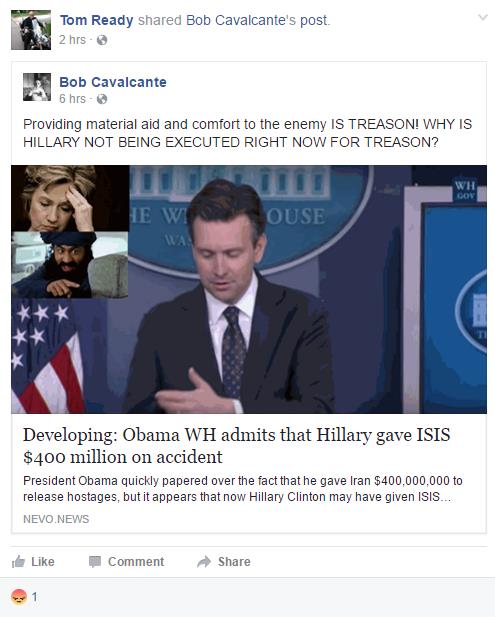 She had Seal Team 6 executed! 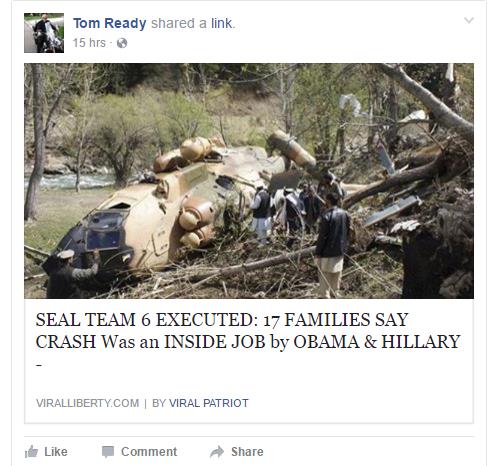 She murders people all the time! 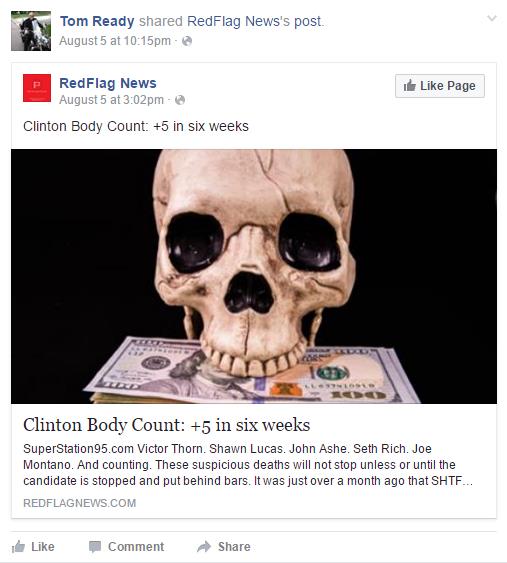 And finally, just a few more random posts to round out the filth: 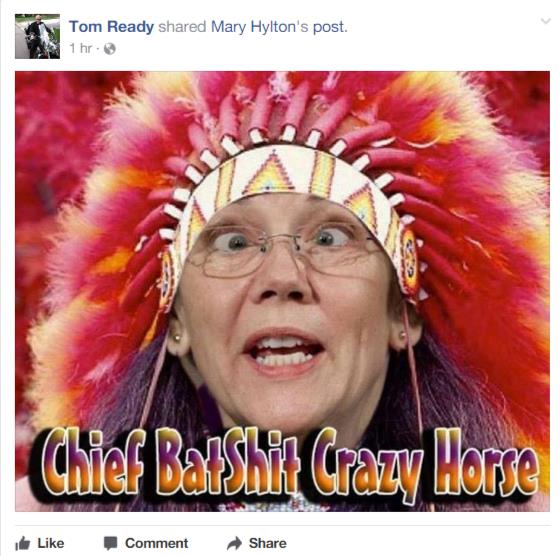 Lastly, here he is implying that if Trump is impeached or somehow removed from office, he is going to start killing people: 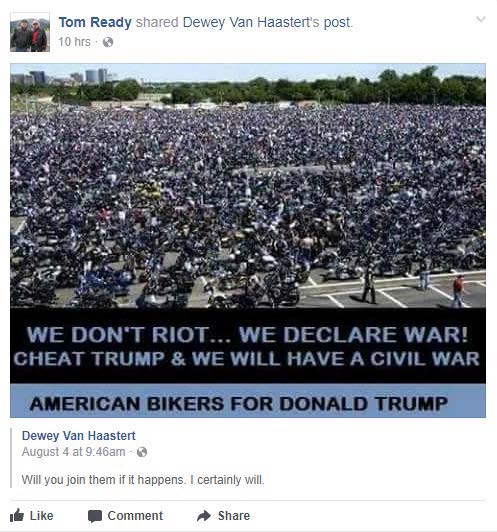 If any journalists out there are interested I can provide you with a lot more of these. I’m waiting to see who will be the recipients of the money Tom raised this year. If I were a GOP official in blue-leaning Colorado, I would be very reluctant to accept money from this disgusting man, and I sure as hell wouldn’t have gone to his Steak Fry.