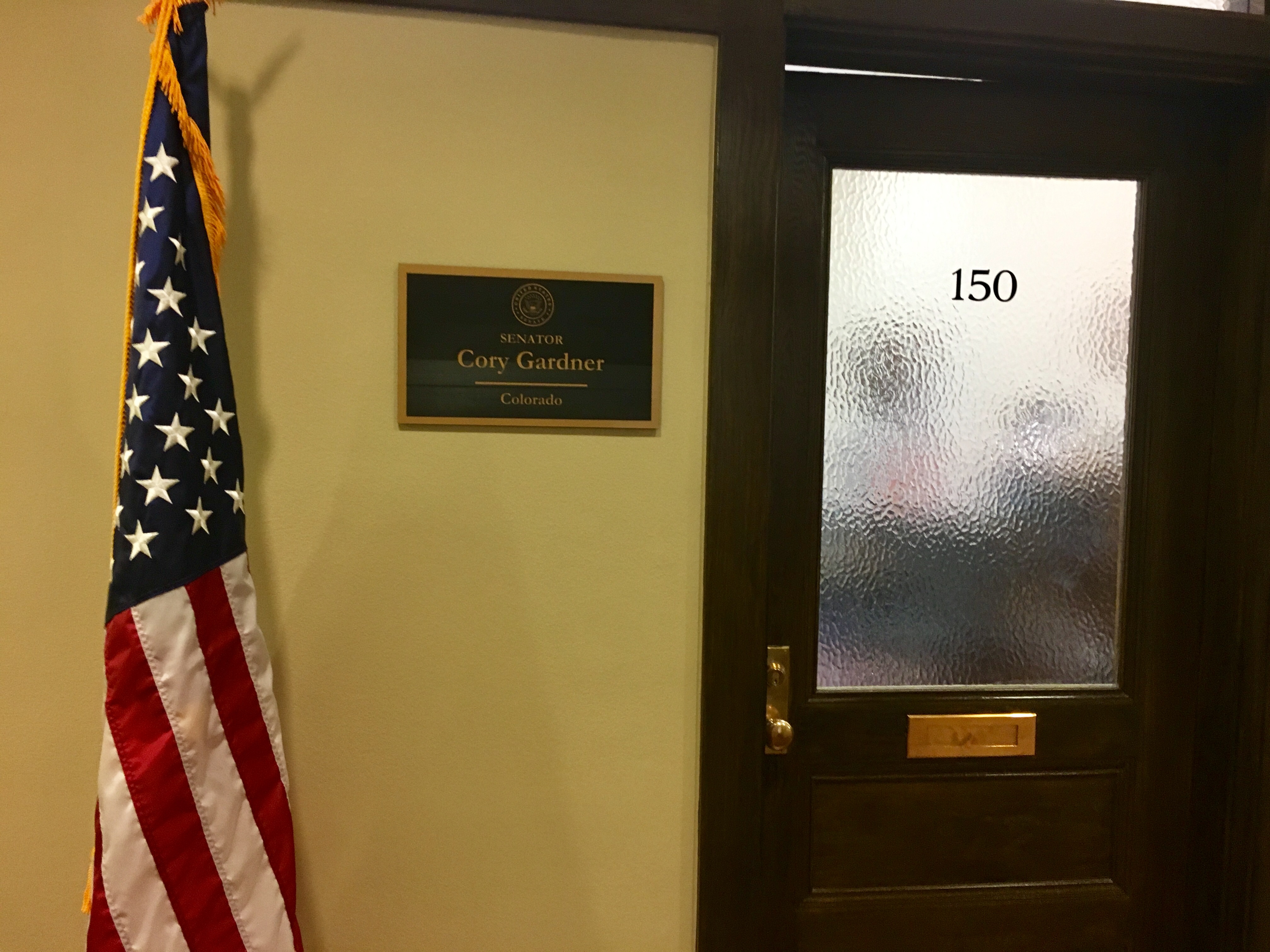 U.S. Sen. Cory Gardner (R-CO) moved his Denver office last week, and many of the constituents who have gone to his office to protest his health care votes and seek information regarding his positions think it’s an effort to drive them away.

But not to worry! Gardner’s doing it for his constituents, he said in a press release:

“The most important part of my job is to do everything I can to best serve my constituents, and the new space that we will be moving to will allow that to continue,” said Gardner.

So how is the new office space at the U.S. Custom House helping Gardner best serve his constituents?

Jason Salzman called up the new office to ask if maybe they had gotten more phones. As anyone who’s been following Gardner for the past several months knows, his constituents have had a hard time getting through to him, and his voicemail box was even full for a significant chunk of time.

Gardner’s staffer didn’t seem too pleased with the question. She said she wasn’t able to “disclose” that information, and then that she wasn’t sure. So Salzman asked if she could take down his name and get back to him about his question, to which she replied in a rather hostile tone, “Sir, why?”

Here’s a recording of that call, which was not returned:

His question seemed simple and reasonable enough given that Gardner proclaims that the most important part of his job is to do everything he can to best serve his constituents. Gardner also said this in the press release:

“I always encourage Coloradans to visit my office when seeking assistance with any issues with the federal government or just to stop by and say hello.”

Sounds simple enough. So I decided to pop in to say hello and see if his staff could explain how his new office would help Gardner better serve his constituents, and maybe, just maybe, if they had more phones this time around.

First, I had to get in the door, which at Gardner’s new office building is far from simple. At Gardner’s former office location, you could walk right in to the lobby. Gardner’s new building is a federal building, so there’s much more security, similar to what you’d encounter at an airport. Because it’s 2017, I happened to have my laptop with me, which I was required to remove from my bag and power on for the security guard before entering.

This all seems like a good way to deter a large number of protesters from actually entering the building.

There wasn’t anybody in the reception area when I arrived, so I sat waiting for several minutes, the phones ringing all the while with nobody there to answer them. When someone came in to greet me, I asked if they had more phones at the new office, to which Gardner’s staffer replied that their capacity to take calls would remain about the same because they were “limited technology-wise.”

I asked in what way this new building would help Gardner best serve his constituents, as his press release stated it would. According to his staff, he was in danger of being evicted from his old building because protesters were pestering neighboring business. That’s the only thing resembling an answer I received. Unsurprisingly, she denied the accusation that the move was an effort to keep protesters at bay.

The fact of the matter is, people will now have a much more difficult time getting into the office for demonstrations like the disability rights group ADAPT’s three-day health care sit-in. At the new location, protesters could face federal charges for refusing to leave. So it’s easy to see why those who routinely try to get their message to Gardner by calling and protesting at his office aren’t exactly buying his line that he’s doing everything he can to best serve them.