Some Colorado Republicans also embraced this many sides-ism, using the opportunity to point fingers at the left, criticize the Black Lives Matter movement, and push totally unrelated political agendas.

Derrick Wilburn, the former vice chair of the Colorado GOP, thinks Black Lives Matter and the KKK are essentially the same. 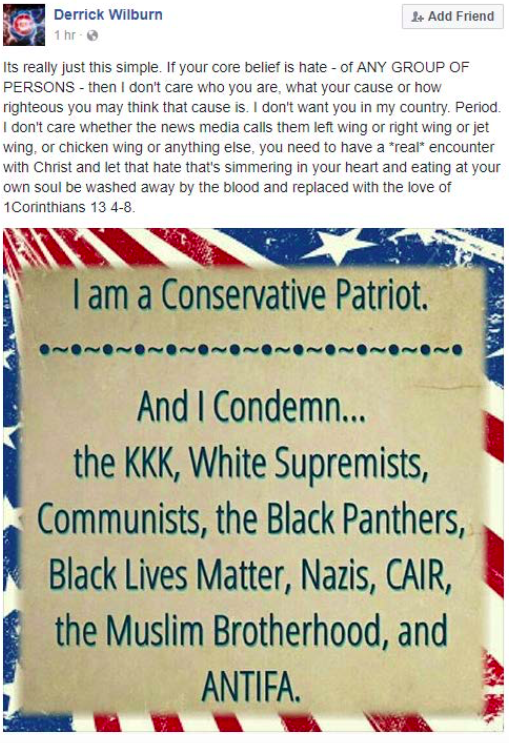 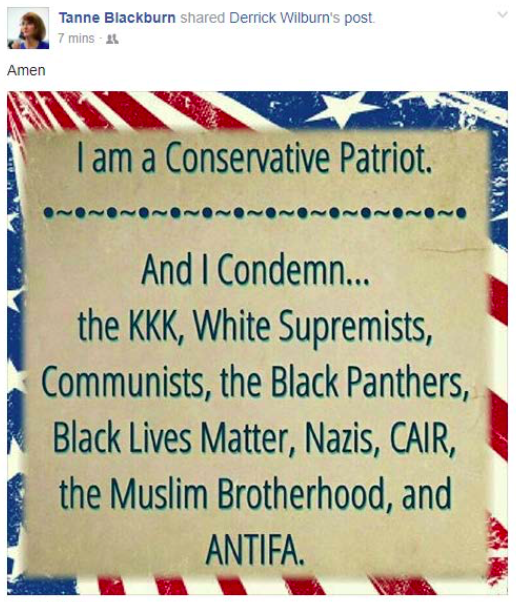 The Chaffee County Republican Party responded to the violence in Charlottesville by pointing fingers at the left, despite the fact that the white nationalist rally was called “Unite the Right.” 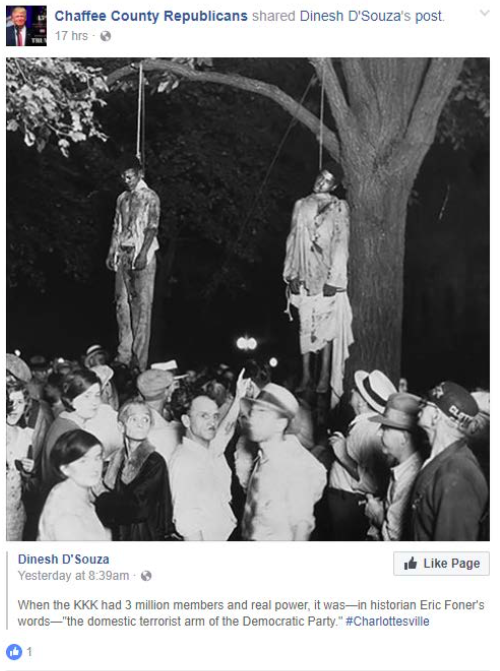 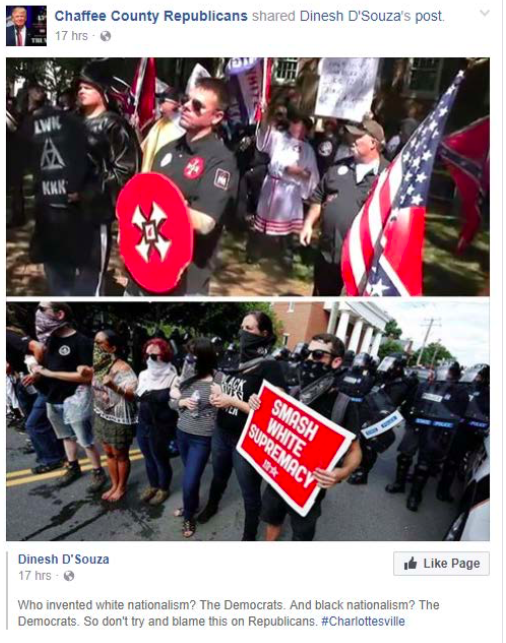 Freemont County GOP vice chair John Hamrick used the opportunity to spout his belief that Black Lives Matter are “black supremacists.”  In this Facebook comment, he changes a few words of a friend’s post condemning the KKK and neo-Nazis.

(The Colorado Times recorder was unable to confirm immediately if he still holds the vice chair office.) 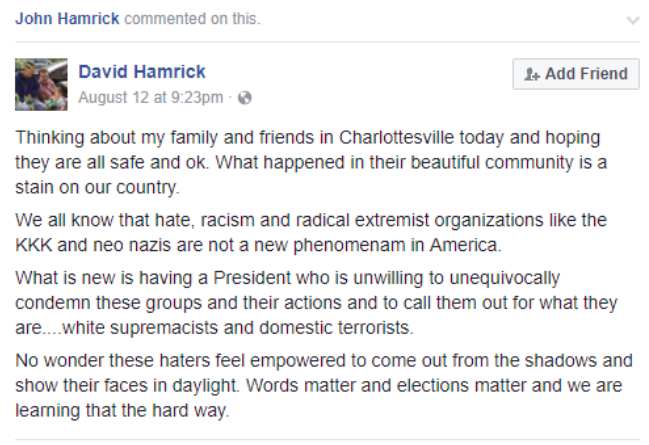 Dylan Sparks is an El Paso County GOP bonus member and the former regional Trump campaign leader in that county. 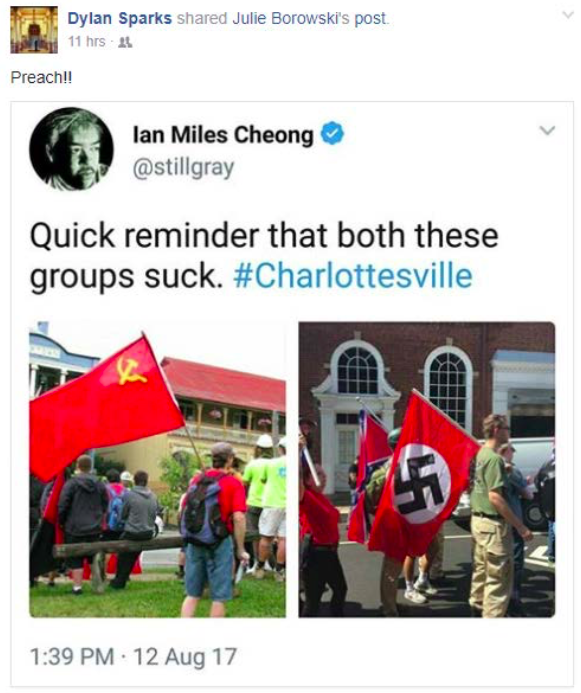 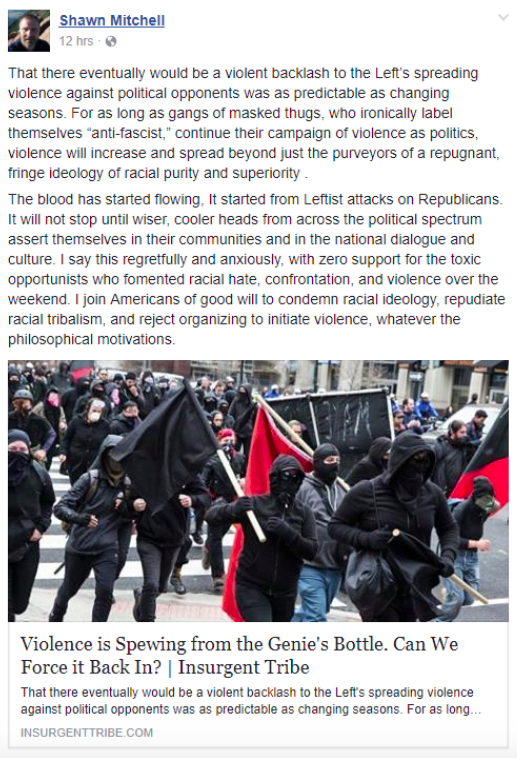 Judy Rydberg Reyher, the former chair of the Otero County, Colorado GOP, used this as an opportunity to bash transgender people. 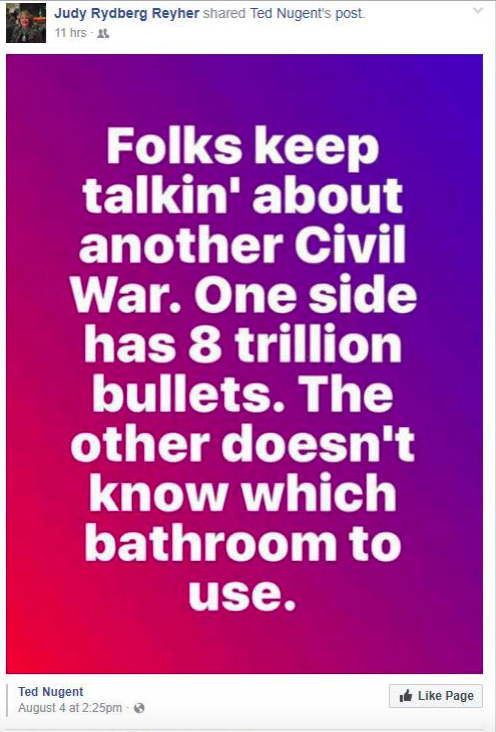 The anti-choice Colorado Campaign for Life responded by calling abortion “the real war on African-American babies.” 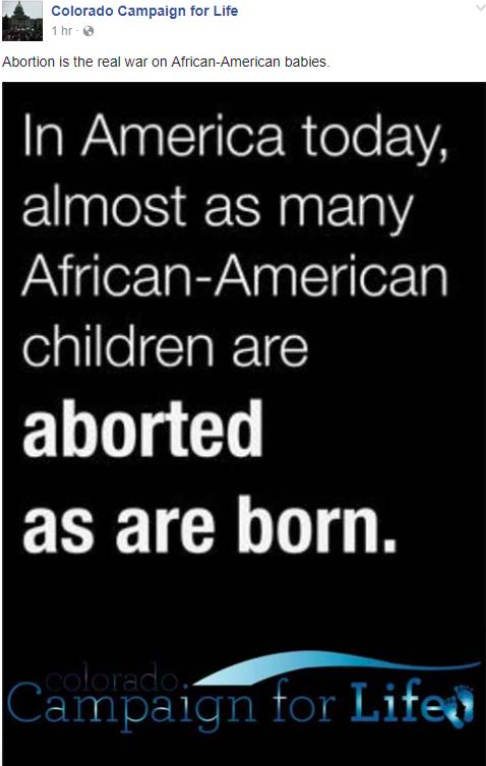