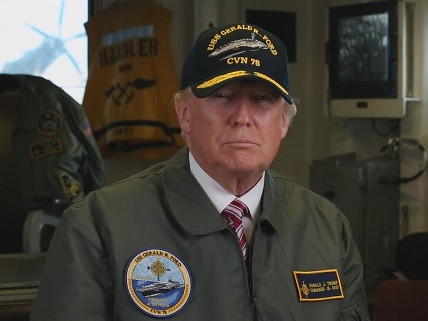 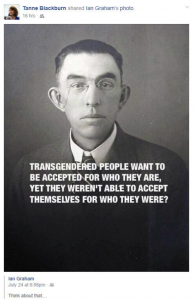 El Paso County GOP Vice Chair Joshua Hosler thanked Trump for ending “social experiments” in the military, even though, as U.S. Rep. Ken Buck (R-CO) has said, allowing transgender people to serve has nothing to do with any social experiment.

“America needs a military comprised of patriots willing to sacrifice for this country,” Buck told The Denver Post. “Any American who is physically and emotionally qualified should be allowed to serve.”

On Facebook, former State Rep. Gordon Klingenschmitt wrote, “Thank God for sanity,” adding that Trump is the “most sane person in Washington.”

Tanne Blackburn, Chair of the Douglas County Republican Party, shared a Facebook meme with the statement, “Tansgendered people want to be accepted for who they are, yet they weren’t able to accept themselves for who they were?” 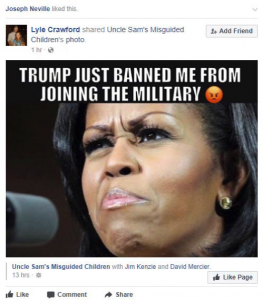 Joseph Neville, the son of State Sen. Tim Neville (R-Littleton), liked a Facebook meme depicting a photo of Michelle Obama with, “Trump Just Banned Me From Joining the Military.” The meme was spotlighted on Twitter by Charles Buchanan.

Joseph Neville, who’s a lobbyist and has worked for Rocky Mountain Gun Owners, an anti-gun safety organization, could not be reached for comment.