Alamosa Republican to Fellow Conservatives: “Open Up Your Hearts” to Young Immigrants 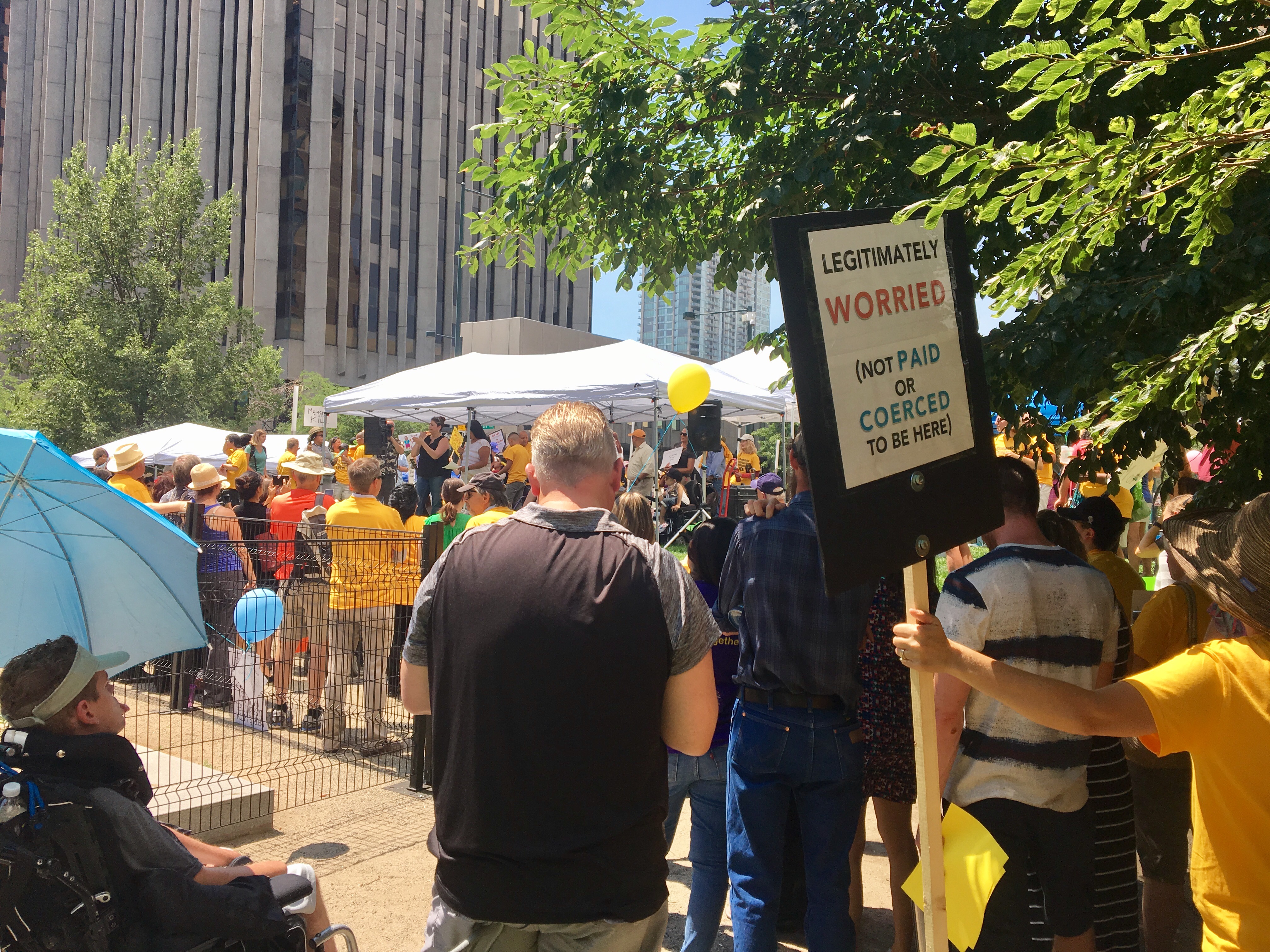 The rally featured several protesters with the Denver-based disability rights organization ADAPT who were arrested after a sit-in in Gardner’s office last week that lasted nearly 60 hours. 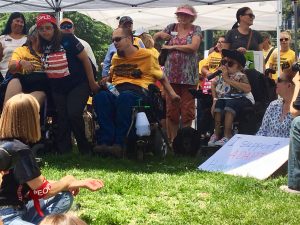 Wheelchair Sports Camp MC Kalyn Heffernan, one of the protesters with disabilities who was arrested last Thursday, entertained the crowd with her rap, “It’s Hard Out Here for a Gimp,” and joked about having to pee in Gardner’s office.

The ADAPT protesters harshly criticized Gardner and his staff, alleging they turned off the air conditioning and barred access to the restrooms in an attempt to drive them out out the office.

A fired up state Rep. Joe Salazar (D-Thornton) also spoke at the rally. He said he tried to reach out to Gardner a couple of times over the past week, but hadn’t gotten 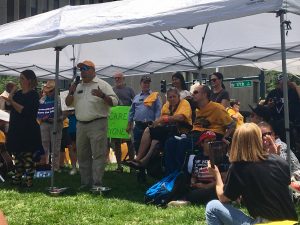 a response, and joked that he might have more luck if he pretended to be a corporation.

Salazar, who’s running for Colorado Attorney General, called the health care bill an immoral document, and said that “when I become Attorney General, if this bill passes, I’m going to sue the shit out of this administration.”