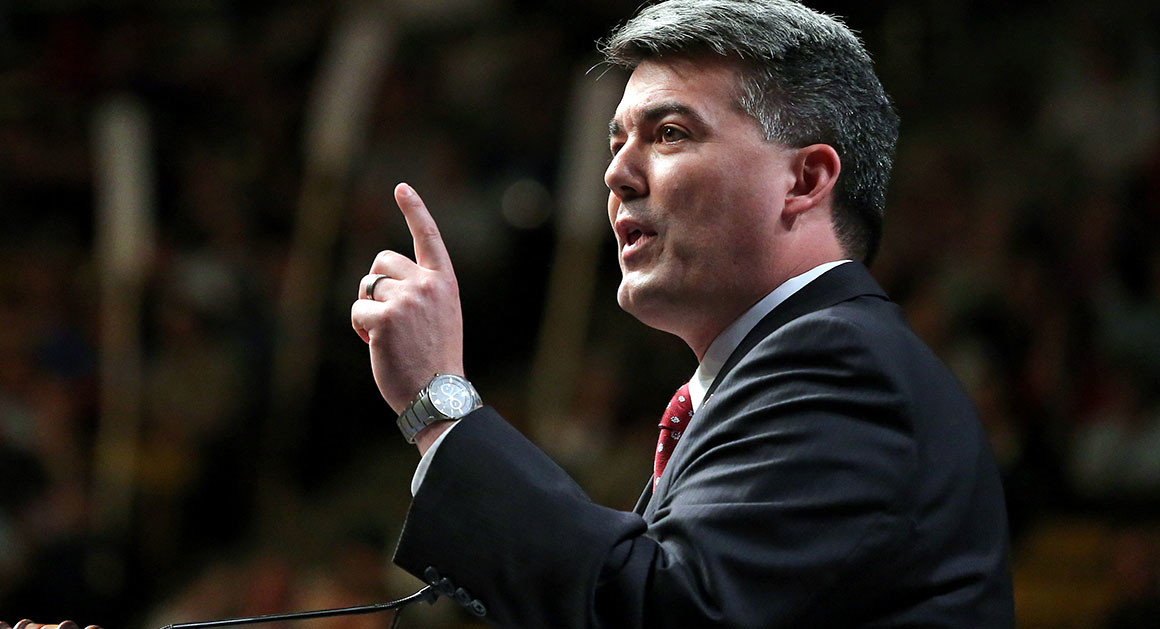 One of the lead saboteurs was U.S. Sen. Cory Gardner (R-CO). Back in 2013, he joined U.S. Sen. Marco Rubio of Florida in opposing what Gardner called “bailouts” of insurance companies. These funds were included in a “risk corridor” provision of Obamacare aimed at stabilizing insurance markets in areas where care is more expensive.

“Only in Washington are bailouts seen as a good approach to bad policy,” said Gardner at the time, explaining why he was an original co-sponsor of Rubio’s bill. “Obamacare’s dangerous fiscal trajectory must be stopped, and soon. I am proud to cosponsor legislation that helps guarantee that taxpayers aren’t on the hook as Obamacare continues to unravel.”

The Gardner-Rubio measure, which was attached to a spending bill, stripped from Obamacare funds for insurance companies whose clients needed more expensive care.

And now, experts say, Republicans have included the insurance-company “bailouts” in the Senate healthcare bill for the same reason, to stabilize the marketplace.

There’s “no difference” between the insurer funds in Obamacare and the ones in the Senate Republican bill, said Sara Rosenbaum, a professor of health law at George Washington University…

Senator Michael Bennet, a Colorado Democrat, said Republicans who are pushing the stabilization fund “may have discovered how much damage they did when they stripped out the risk corridors from the Affordable Care Act.”

“That’s one of the things about this debate that’s so infuriating — the things that they blame on Obamacare are actually, in this case, things that opponents of Obamacare passed,” he said in an interview Wednesday.

The question for Gardner is, are you okay with the “bailouts” in the senate health care bill, even though you hated them in Obamacare.

Gardner hasn’t said, and he didn’t return my call. For his part, Rubio has said he’s learning about the issue and “I do have some concern, no doubt.”