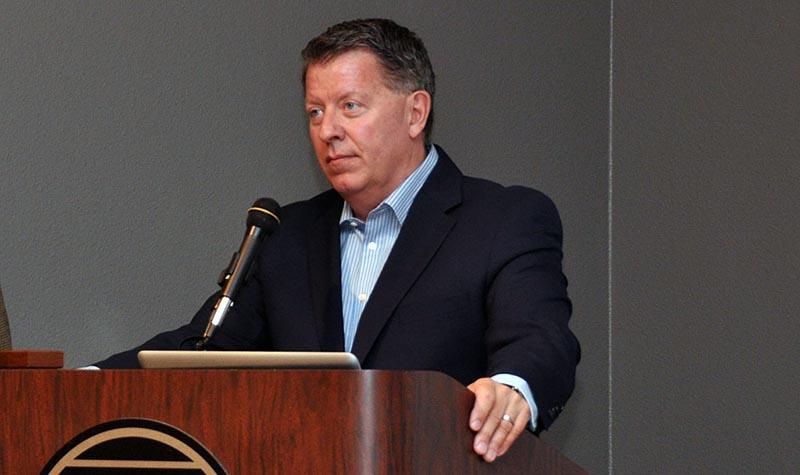 Steve House, the former chair of Colorado’s Republican Party, recommended defunding the National Republican Senatorial Committee (NRSC) due to senate Republicans’ failure to repeal Obamacare after seven years of promising to do so.

The NRSC, which works to elect Republicans to the Senate, is led by U.S. Sen. Cory Gardner (R-CO). 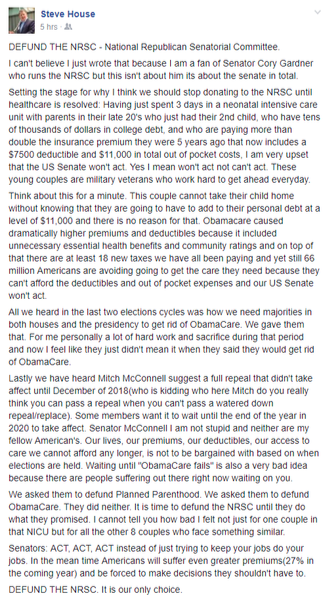 House also spoke on conservative radio about his recommendation to stop funding the NRSC. In an interview with KLZ radio host Dan Meurer Monday, he suggested that a Republican majority in the Senate is useless if they can’t make good on their promise to repeal or replace Obamacare:

…”[T]he Senate in general has been telling us for a decade now –not a decade, but let’s say seven years — that they had to have control of the Senate to fix or eliminate Obamacare. And if they can’t get that done, what’s the point of having a majority, at this point?”