Colorado’s rivers received report cards, and they show there’s much work to be done

Grades were assigned based on several factors including flow, amount of water diverted out of the river basin, water quality, and major dams. Of the eight rivers assessed, just one received an A grade, with four scoring C grades or worse.

Perhaps most notably, the Colorado River, which the report aptly refers to as “the backbone of the West,” received a D. This is partially due to the huge portion of water diverted from the river into major cities like Denver, which depends on the river for half of its water supply. The report warns that the demand placed on the river is unsustainable, especially considering growing populations on the Front Range. 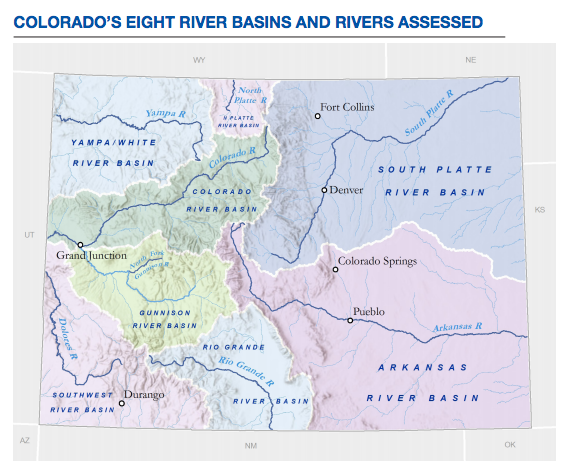 In addition to overuse, the report points to several factors that contribute to poor conditions, which include climate change, poor dam management, and energy development.

For more information on Colorado’s rivers and what we can do to preserve them, read the full report here.