As the Climate Crisis Rages in Colorado, Latino Voters Poised to Have Outsized Impact in 2020 Election 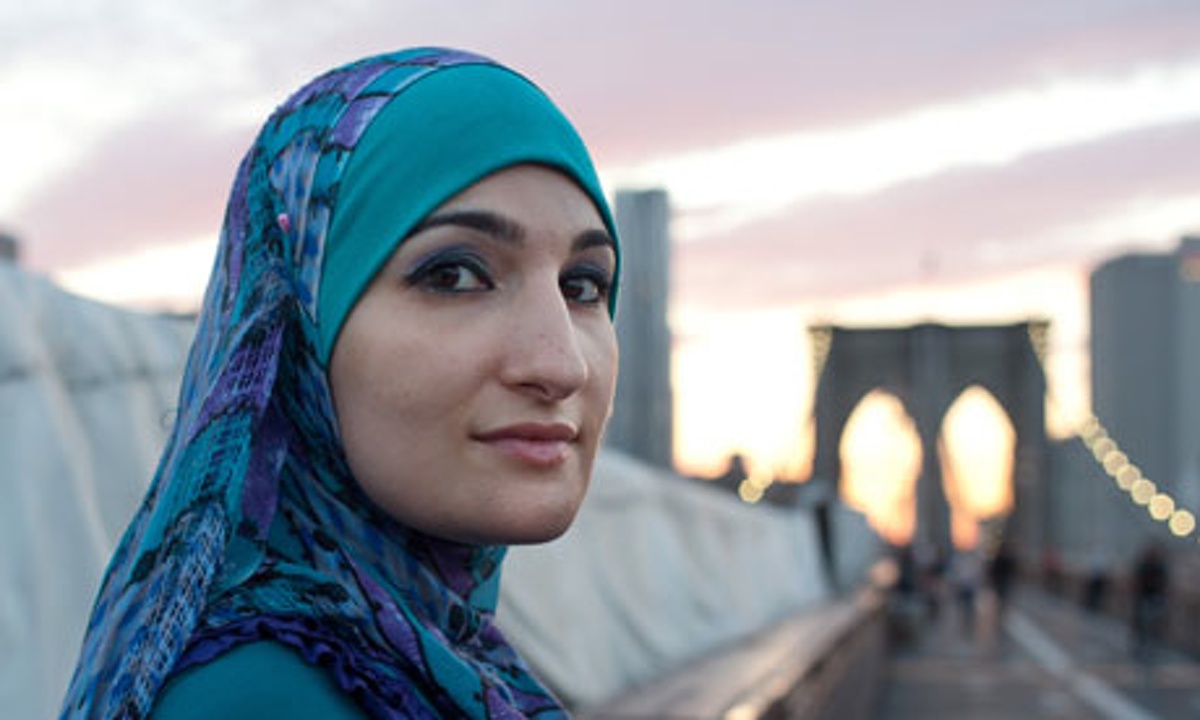 But Sarsour’s comments, which in no way advocated for violence, were mischaracterized and taken out of context by conservative media outlets, causing an uproar on the right.

In her keynote address for the Islamic Society of North America earlier this month, Sarsour shared a teaching from Islamic scripture in which a man asks the prophet Mohammad about the “best form of jihad,” to which he replies, “A word of truth in front of a tyrant ruler or leader, that is the best form of jihad.”

Sarsour then urged the audience to “stand up to those who oppress our communities,” as “we are struggling against tyrants and rulers not only abroad in the Middle East or on the other side of the world, but here in these United States of America.”

Conservatives then accused her of attempting to incite a violent holy war against Trump, a falsehood which Colorado Republicans have done their part in perpetuating.

This Facebook post from El Paso County GOP Vice Chair Joshua Hosler, and in particular the comments it generated, is a harrowing example of the vitriol and xenophobic hatred coursing through much of the Republican party these days. 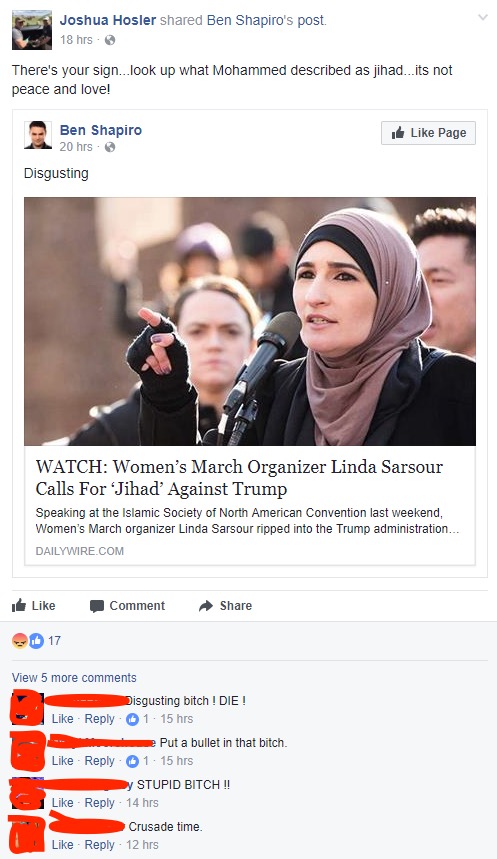 Here’s the Jefferson County GOP’s mischaracterization of her use of the word “jihad”. 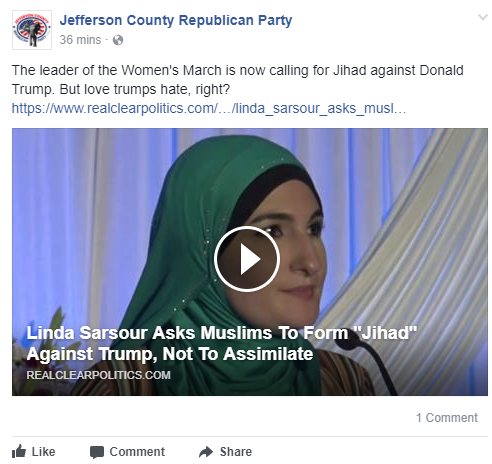 The myth was also perpetuated by Dede Laugesen, the coalitions director for Trump’s Colorado campaign, and Mike Rosen, a conservative political commentator. 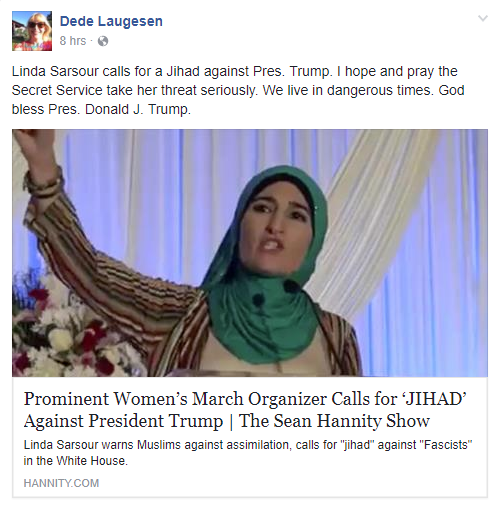 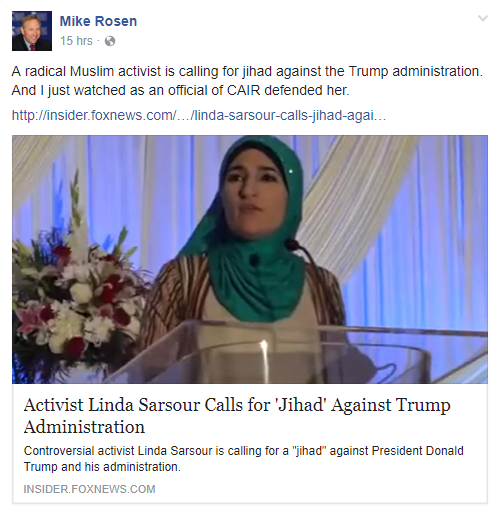 Sarsour pushed back against the criticism in a recent Washington Post op-ed.

“In my speech … I sent not a call to violence, but a call to speak truth to power and to commit to the struggle for racial and economic justice,” Sarsour explains. “Most disturbing about this recent defamation campaign is how it is focused on demonizing the legitimate yet widely misunderstood Islamic term I used, ‘jihad,’ which to a majority of Muslims and according to religious scholars means ‘struggle’ or ‘to strive for.’”

Sarsour adds that she and her family have received countless threats of violence since her involvement in the Women’s March:

These ugly threats come from people who also spout anti-Muslim, xenophobic and white-supremacist beliefs. Their sole agenda is to silence and discredit me because I am an effective leader for progress, a Palestinian American and Brooklyn-born Muslim woman. In short, I am their worst nightmare.