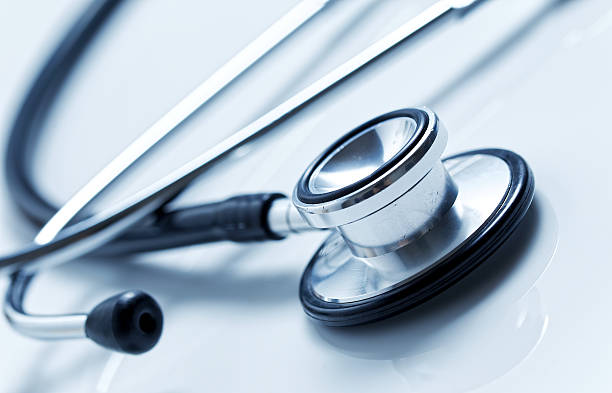 In a major change since last year, state Republicans are now proposing specific cuts to Medicaid, Colorado’s health care program for the elderly, disabled, and other poor people.

In 2016, local Republican leaders repeatedly blamed Medicaid, including its expansion under Obamacare, for Colorado’s budget woes, but they didn’t explain how they’d cut Medicaid or alter it to save funds.

But this year, state Republican legislators are advocating specific cuts that would throw people off the state health insurance rolls.

For example, all Colorado State House Republicans, except Bob Rankin of Carbondale and Dan Thurlow of Grand Junction, voted April 7 for a budget amendment to reduce Medicaid eligibility for “adults without dependent children.” The measure, which failed, was opposed by all House Democrats. (here at 807-808).

The amendment aimed to transfer $52 million in state hospital fees, which are used to cover Colorado’s nearly 10 percent contribution to Obamacare, to “rural and critical access hospitals.”

“The goal was to back fill the cuts to rural hospitals within existing resources, while still making sure the most vulnerable portion of the population of single individuals without children still received services,” said State Rep. Justin Everett (R-Littleton), the amendment’s sponsor, who’s also running for state treasurer.

Critics of the proposal questioned whether the amendment would, in fact, help hospitals, whose funding could be cut this year due to do a state budget crunch.

“When you rescind Medicaid eligibility, you’re actually putting us back in a situation where hospitals are going to have to care for uninsured people, which results in higher uncompensated care costs for the hospitals,” said Natalie Wood, a senior policy analyst with the Bell Policy Center,  a progressive organization that aims to “help Coloradans get ahead and stay ahead.” “And when hospitals have uncompensated care costs, they make up for it by passing costs to private patients, or it cuts into their profit margin. So that doesn’t seem like a solution to help hospitals deal with their pain.”

The number of Medicaid recipients who would lose coverage under Everett’s proposal isn’t known, but they’d be adults without dependent children who got insurance under Obamacare’s expansion of Medicaid. They must earn less than $15,800 annually to qualify for assistance.

So far, about 450,000 Coloradans gained Medicaid coverage under Obamacare, which is the prime reason the uninsured rate in the state decreased by about half between 2013 (14.3 %) and 2015 (6.7%), according to the Colorado Health Institute.

The change in Republican proposals, from calls for unspecified Medicaid cuts last year to this year’s proposals to strip low-income Coloradans of their health insurance, is already emerging on the 2018 campaign trail.

GOP gubernatorial candidate George Brauchler has repeatedly targeted Medicaid, telling the Pueblo Chieftain’s Peter Roper this month that he agrees with Trump’s plan to block-grant the program. As it is, the costs of Colorado’s Medicaid program, he told Roper, are “unsustainable.” Trump’s block-grant proposal is detailed in the American Health Care Act (AHCA), which could strip 600,000 Coloradans of health insurance by 2030.

“Is there something as governor that you can do to ensure that Medicaid is only used for those who most need it and not for able-bodied childless adults who are currently using it, in part?” KNUS 710-AM’s Krista Kafer asked Brauchler on April 5, referring to the Medicaid expansion (here at 12.5 min).

“Yeah, I think we work our way there,” replied Brauchler, saying that he’d start by “at least” asking the question of whether Obamacare recipients should have more “skin in the game” to reduce costs. “I think to start from the premise that we are going to start lopping people off–we’ll get there. It’s going to be tough to sell, tough to sell politically.”

Brauchler is probably referring to the unsavory political optics of stripping low-income people of health insurance.

At the state Capitol, Republicans have tried to bend the optics by arguing that Medicaid cuts or changes are required to deal with the budget crisis, which, among other things, is threatening to close rural hospitals. That’s the thinking behind Everett’s amendment referenced above–as well as GOP budget amendments, sponsored by Rep. Jim Smallwood (R-Parker) and others, requiring Medicaid recipients to pay more for prescriptions drugs.

While state Medicaid costs are going up, it’s mostly not because of Obamacare but due to the high costs of taking care of the growing number of elderly and disabled Medicaid recipients, whose care is expensive.

Democrats argue against reducing Medicaid eligibility, instead proposing broader budget fixes and budget maneuvers, like reclassifying a hospital fee as a business, freeing up hundreds of millions for state budget priorities.

The same partisan debate about Medicaid and the state budget occurred in 2016, but this year, the parameters have been enlarged by Republicans to include proposals to move people off the program.

Trump’s efforts, through the AHCA, to shrink Medicaid have probably emboldened State Republicans as well.  (In addition to various amendments, Republicans proposed a bill to shutter Colorado’s health insurance exchange, which is a key component of Obamacare — though eliminating the state exchange would not save money or cut Medicaid eligibility.)

And, judging from the banter on conservative talk radio, Colorado’s energized GOP base is pushing state Republicans to put Medicaid openly on the chopping block.

Whatever the reason, the shift towards cutting Colorado’s Medicaid rolls is real, even though, with Democrats in charge of the state house and governor’s office, it’s likely Colorado won’t be taking state-funded health insurance away from people anytime soon. Unless, of course, Trump has his way in Washington.