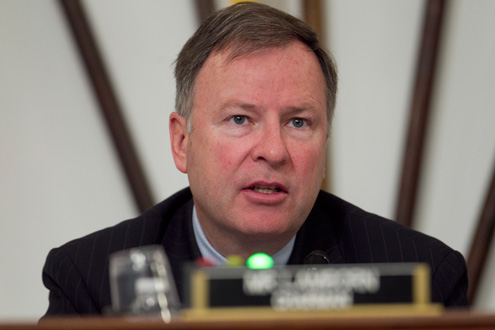 U.S. Rep. Doug Lamborn (R-CO Springs) told a conservative talk-radio host Monday that he’d “probably vote” to get rid of the Environmental Protection Agency, if he had the opportunity, even though he does not think it’s currently “in the cards to get rid of EPA completely.”

“But right now, it’s not in the cards to get rid of EPA completely. And I would probably vote for that, because I trust states like Colorado to step in and do it anyway,” Lamborn told KVOR radio host Doug Lamborn April 10. “But while we have the EPA, at least have them not destroy jobs, and have multiple layers of bureaucracy, like Waters of the U.S. That’s a job killer.”

“We had Gina McCarthy of EPA come in front of us,” Lamborn said on air. “And I told her, ‘You know, in my district and in my part of the world, my part of the country, Gina, people despise you and the EPA. ‘What are you doing wrong that they despise you?’ And she just said, ‘We’re just doing our job.’ She didn’t even understand.”

Lamborn mentioned the Gold King Mine disaster, but he’s also is upset over an EPA and Colorado Department of Health lawsuit alleging stormwater violations.

“There is this weird lawsuit that EPA brought against Colorado Springs, even though we’re doing our best to mitigate the storm water issues that affect Pueblo and other downstream users of the water,” said Lamborn, not mentioning the health department’s participation in the suit.
“And, in fact, there are plans – we don’t have a final plan, but there are plans to spend maybe hundreds of millions of dollars to be responsible there. And yet the EPA sues us, which means money that could have gone to that is going to be tied up with lawyers and paying fines, perhaps. It doesn’t help solve the problem!”

But Colorado Springs wasn’t adequately addressing the problem itself, according to the he EPA suit, which found longstanding and repeated violations.

Correction: This post initially misidentified the Gold King Mine.