Experts Say Gardner Likely to Vote With Republicans on Impeachment

I screen-capped a few FeverSwamp™ posts to illustrate what is quickly becoming apparent: Nearly everyone hates Paul Ryan and the GOP’s healthcare proposal.

Liberals hate it because it reduces the number of people covered by health insurance and heavily penalizes older people and the working poor.

But why are Republicans opposing the bill, which was crafted and heralded by their own party?

Paul Ryan simply won’t have the votes to pass it if the hardliners in the Republican party oppose the bill. Here’s what hard right State Sen. Tim Neville (R-Littleton) has to say. 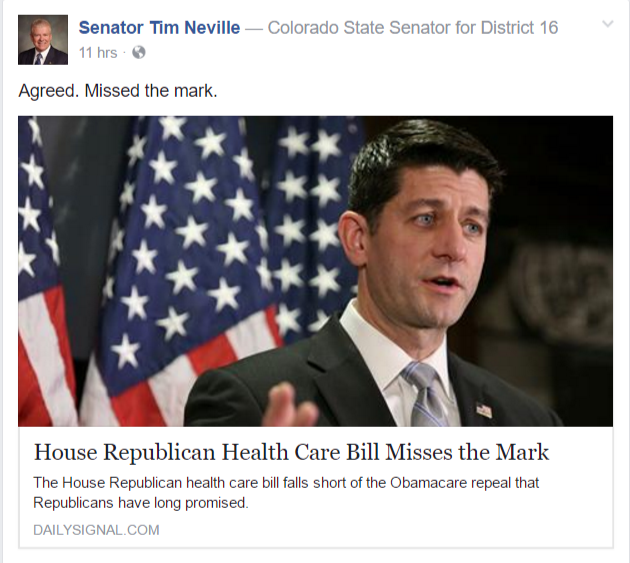 Here is executive committee member and Republican activist Isaiah Hess’ take. He’s realizing that the GOP pulled a bait and switch. They voted to “repeal” the Affordable Care Act 50 times when they were sure President Obama would veto it, but now that the ball is in their court, they have put forth half-measures that will not win support from the fire-breathing base they need to get on board if this bill is going to have a chance to become law.

Devin Camacho is the young chair of the Otero County GOP. Paul Ryan is very disliked by hard right Republicans like Devin because he is seen as appeasing and part of the establishment. Here is Devin’s take on the GOP healthcare bill: 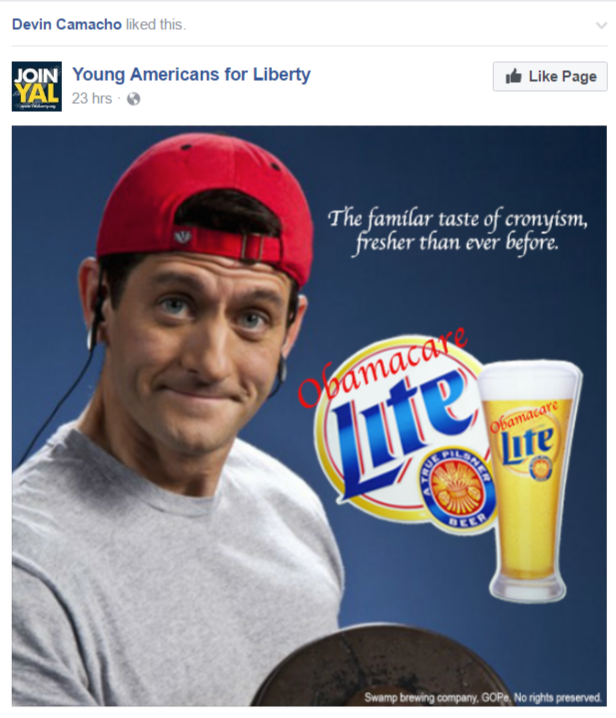 Casper Stockham was the GOP candidate for Colorado’s 1st Congressional District in 2016, challenging Congresswoman Diana DeGette. Here he is on record against “RINOCare”.  Hard right conservatives who appear to have little knowledge of how healthcare works or any apparent empathy for those who would lose insurance want full repeal of the Affordable Care Act or nothing. Apparently, 2008 is so long ago they don’t remember how horrible our healthcare system was prior to the ACA. 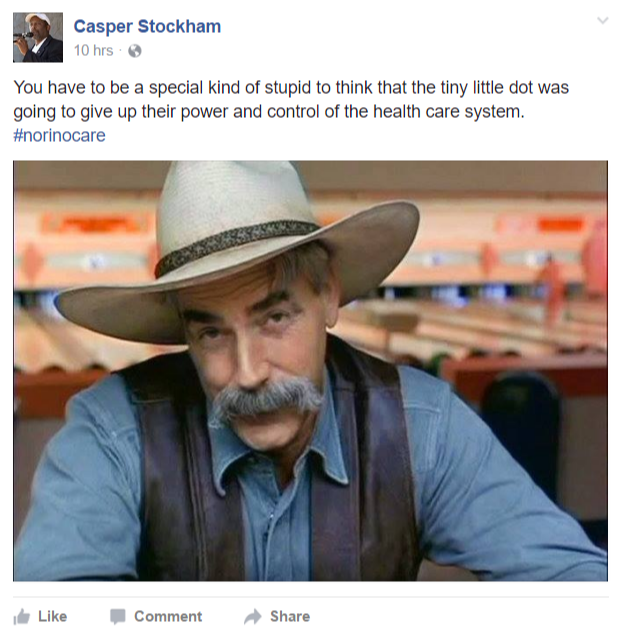 Given the resistance from both the left and the right, it is very apparent that this bill faces an uphill battle if it is ever to replace the Affordable Care Act.