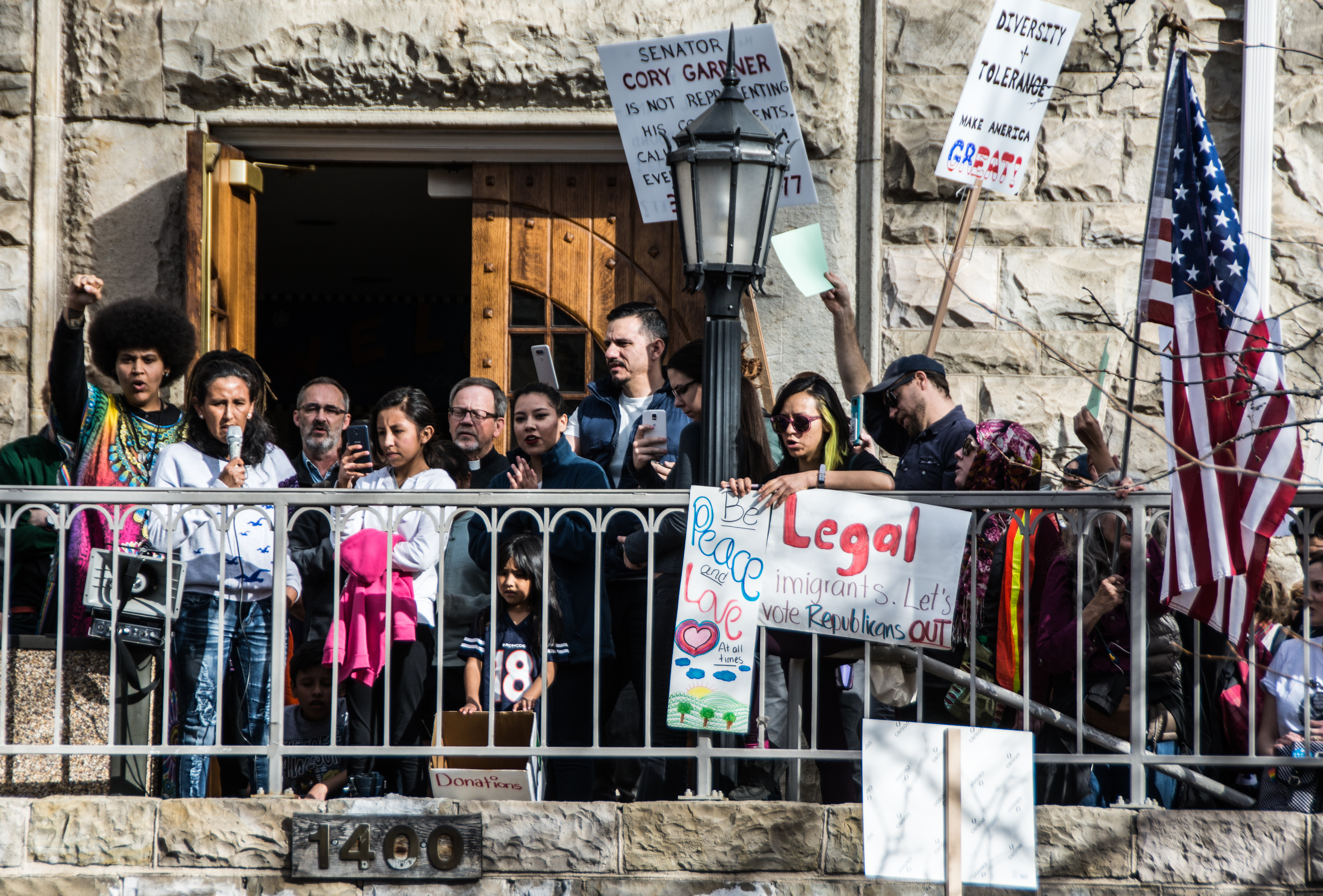 Peter Boyles of KNUS radio interviewed Williams, who he has affectionately, and bigotedly, nicknamed the “half-blood prince.”

Boyles compares Williams’ bill to the Justice Against Sponsors of Terrorism Act (JASTA). This act made it legal to sue foreign governments for damages due to acts of terrorism by individuals from that country. JASTA was opposed by both the Bush and Obama administrations, according to Boyles.

The proposed bill aims to essentially serve the same function, but on a state level. It would enable citizens to litigate against so-called “sanctuary cities” for any crime committed by an undocumented person. Boyles and Williams both assured KNUS listeners that the bill could in no way be construed as racist. Williams said that the bill will hold politicians like State Rep. Joe Salazar (D-Thornton), who recently confronted Williams in strong opposition to the bill, for their part in threatening the safety of Colorado by protecting undocumented Coloradans. It will not, Williams insisted, “terrorize the Latino community.”

Denver’s channel 7 news reported that the bill has a clause which exempts it from judicial review, potentially indicating the sponsors’ lack of confidence in the constitutionality of the bill.

Opponents of the bill are criticizing it on many grounds, including the language of the bill. The bill uses the term ‘illegal alien’. The term does not recognize the humanity of undocumented people and seeks to ‘other’ them, allowing the justification of acts that would normally be considered completely immoral.

These cruelties not only impact people who are undocumented, but all people who may look a certain way – people who look like me.  We are hearing multiple reports of people of color being pulled over and interrogated not because they are undocumented, but because of racial profiling.  And we know that many people with documentation have been caught up in the discriminatory dragnet of the recent federal travel ban.  Bills like this are part of a larger patchwork of attacks that we cannot stand by and allow to move forward – attacks that hurt us all and that are a stain on the values of freedom and fairness that we hold dear in Colorado.

We should ensure that we treat people with dignity in the policies that we forward and the way that we talk publicly or on paper in our laws and code about immigrant families.  We do not need this legislation.  We do not need any bill that would leverage stereotypes to deny protections.  We do not need to become a police state or to support racial profiling.  We are better than this.”

Williams bill, HB1134, relies on the harmful and hateful rhetoric of immigrants as criminals, that has characterized the Republican political stance under the Trump Administration. This rhetoric has proven time and again to be false. El Paso, perhaps the U.S.’ most famous border town, was ranked safest city in the U.S. for four years. Statistically immigrants are far less likely to commit crimes than citizens in the U.S.

The organization New American Economy released research to show the benefit of immigrants on our economy in an effort to combat the anti-immigrant rhetoric. The research indicates that immigrants in the Denver metro area contributed $2.3 billion in taxes and had $6.9 billion in spending power in 2014.

Although the bill did not pass the Democrat controlled house in Colorado, Williams has promised to introduce it in the state senate soon. Similar bills are now being introduced across the country. These types of bills represent still another attack on the lives and livelihoods of undocumented Americans.