Why Weren’t Guns Taken From LGBTQ Club Shooter After His Previous Signs of Violence? 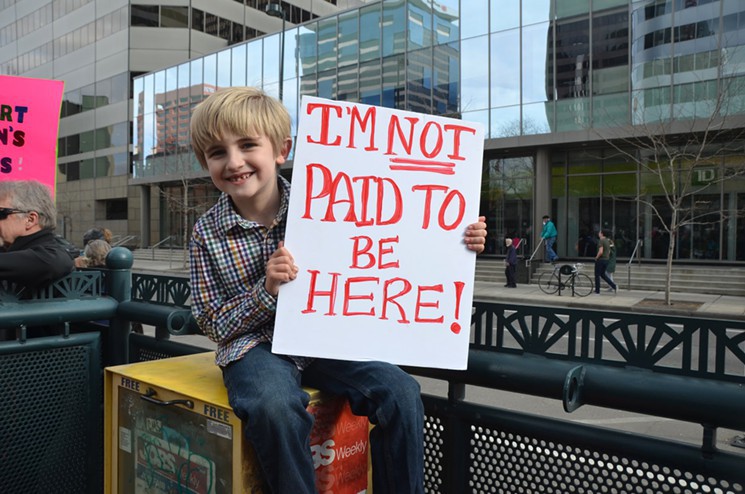 U.S. Sen. Cory Gardner (R-CO) is now infamous for making a comment to CBS4 that he believed many of the folks protesting and calling his office were paid protestors from New York and California.

There have been numerous accounts and ads on the internet claiming to pay $2,500- $3,500 for an afternoon of protesting, but we’ll give Gardner the benefit of saying it wouldn’t take much to motivate people to protest against him.

We’ll assume the protesters were paid minimum wage for an afternoon of protest. I estimated that there were 5,000 protesters since Gardner made this statement. There have been several protests outside his office, including Latinos who protested his environmental stance, and protesters have only renewed efforts in response to Gardner’s comments. He was careful to say many but not all the protesters were paid, we will say this amounts to 70%.

We can be generous and say that a letter or phone call was worth $10. According to Gardner’s office, he received 108,000 communications in the month of January. We can again assume 70% of these were paid.

Given the above assumptions, I calculated that it would cost $317,800 to pay for a day of protesting for the 3,500 protesters including a lunch, because nobody can protest on an empty stomach! I used the average of New York and California’s minimum wage.

Obviously the protesters have to get to Gardner’s office, and it costs $640/hour to rent a 60 person charter bus. To bus all these protestors to Colorado, it would cost a minimum of $1,000,000.

Printing posters isn’t cheap, assuming it costs $3 per poster, which would be another $10,500.

As for the calls and letters flooding into Gardner’s office, I have estimated they cost $756,000.

I wonder who Gardner thinks is footing that bill.