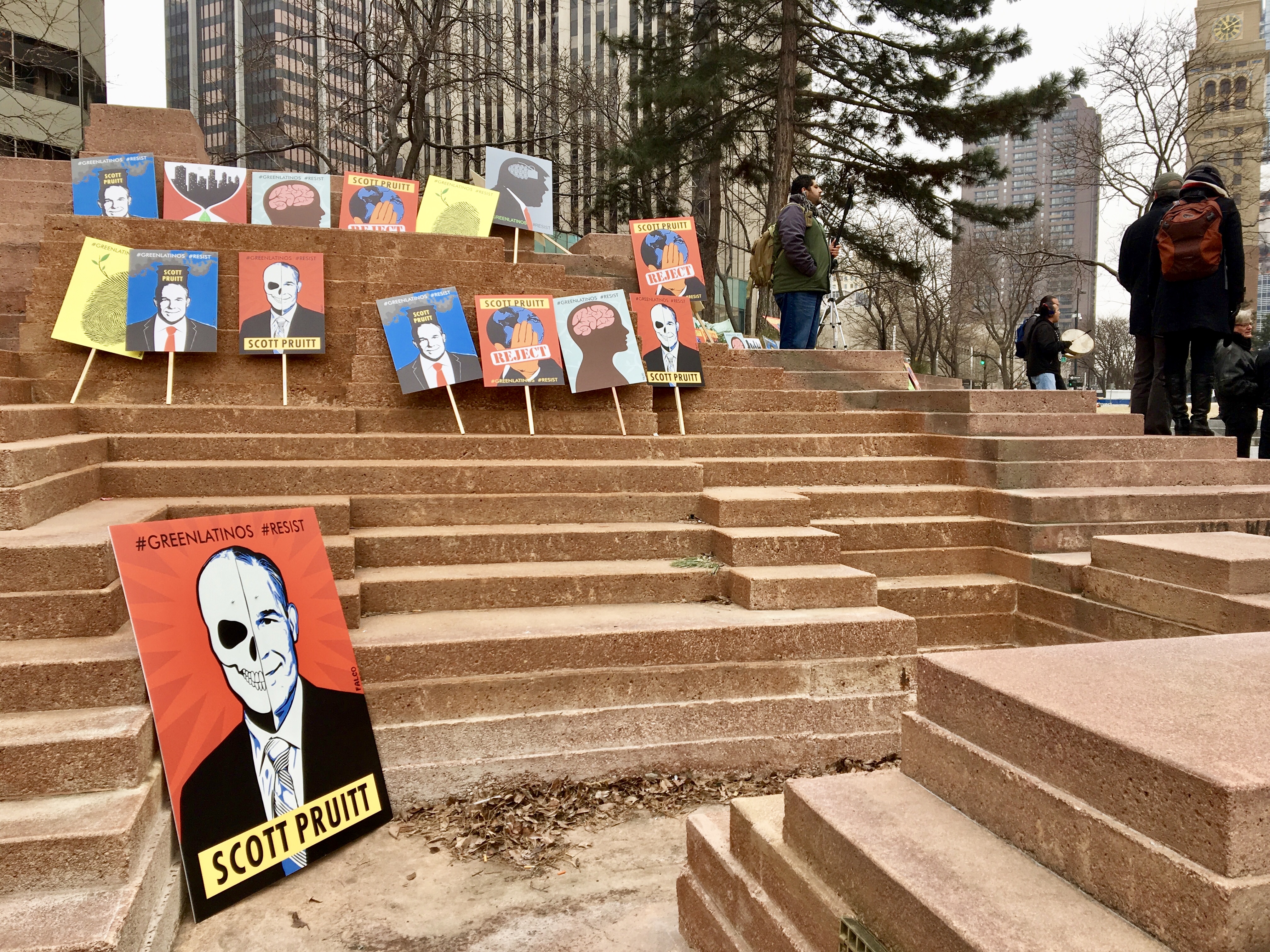 The rally was organized by Protégete (Spanish for “protect yourself”), an arm of Conservation Colorado, that seeks to empower the Latino community in the fight for environmental justice, along with Green Latinos and Americas for Conservation and the Arts.

Midy Aponte, who volunteers with Protégete, said in an interview with The Colorado Times Recorder that environmental issues are of special importance to Latino communities, which she said tend to foster a deep cultural appreciation toward the environment. She added that Latino communities are disproportionately affected by adverse health conditions, like asthma, that are exacerbated by pollution. 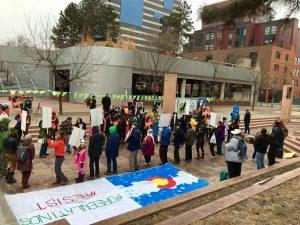 Demonstrators wrote notes urging Gardner to vote against Pruitt, marched in a circle along to drum beats, and followed chants like “we are not paid protesters, we just love Colorado,” referencing Gardner’s recent remarks that the influx of calls and emails to his office are coming from paid activists rather than Colorado citizens.

Pruitt served as attorney general in Oklahoma, one of the nation’s leading oil and gas producers, and has been accused of being a puppet for energy industry leaders.

A 2014 New York Times report found that he’d formed a extremely close and clandestine alliance with Oklahoma’s Devon Energy, one of the state’s leading oil and gas companies. Pruitt issued a letter to the EPA accusing it of overestimating air pollution caused by drilling in the state, which was later found to have been written Devon’s chief of lobbying and then signed by Pruitt with no major changes.

Pruitt has also come under fire for his record of hostility toward the EPA, including suing the agency 14 times in an effort to block federal regulations on air and water pollution.

During his Senate hearing, Pruitt advocated for rollbacks on EPA regulations, which he deemed federal overreach from the Obama Administration.

Senate leadership has yet to schedule a confirmation vote for Pruitt.