Four people kidnap and torture a man. They’re caught and charged with crimes that will likely keep them in prison for life. For the GOP, this is proof that Obama and Black Lives Matter are racist and responsible for the crimes.

Contrast this with the GOP reaction to crimes against black people. As an example, the cop that shot an unarmed black man in the back as he ran away. The almost all white jury couldn’t find it in their hearts to convict him. GOP reaction? None. Not a peep.

Below is just a taste of what Colorado’s GOP politicians, candidates and thought leaders are claiming about the case, including the straw-man claim that liberals are somehow excusing or rationalizing the crimes.

I tell my colleagues all the time that racism is often revealed in what people find time to be outraged about, versus what they can’t be bothered to care about.

When black people are murdered, tortured and attacked, none of the people listed below blame those crimes on anyone but the perpetrators (trust me, I’ve been watching)—and they certainly haven’t made the claim that those crimes are the fault of white politicians like Donald Trump or the white supremacist embracing Republican Party as a whole.

Joe Webb is the GOP chairman in the 1st Congressional District in Colorado and Jimmy Sengenberger is a radio host on 710-AM KNUS in Denver. 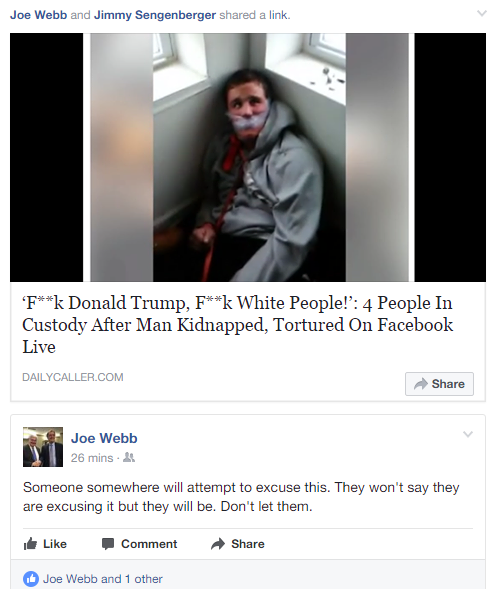 Laura Woods is a former Republican state senator from Arvada, Colorado, and Julie Williams, also a Republican, served on the Jefferson County, Colorado, School board: 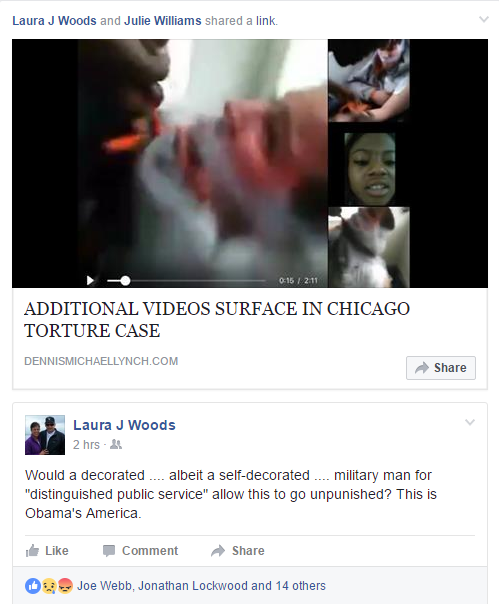 Robert Rowland is a Commissioner in Elbert County, Colorado: 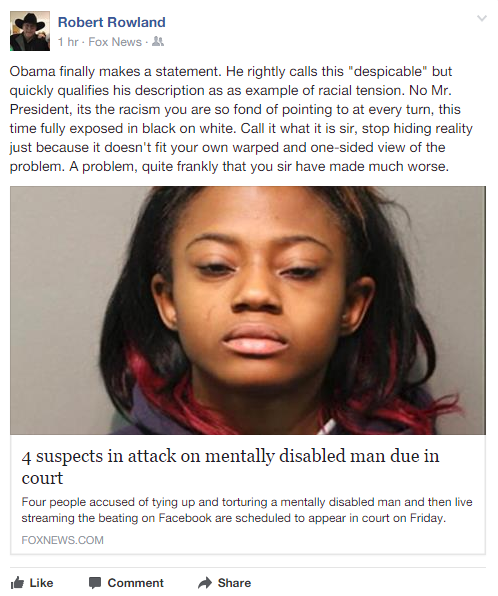 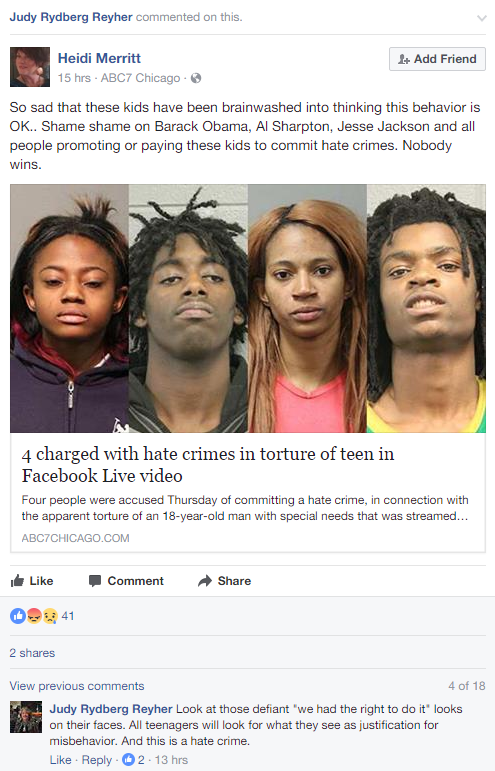 Dallas Hageman is the host of the nationally syndicated Wild Ride Radio show: 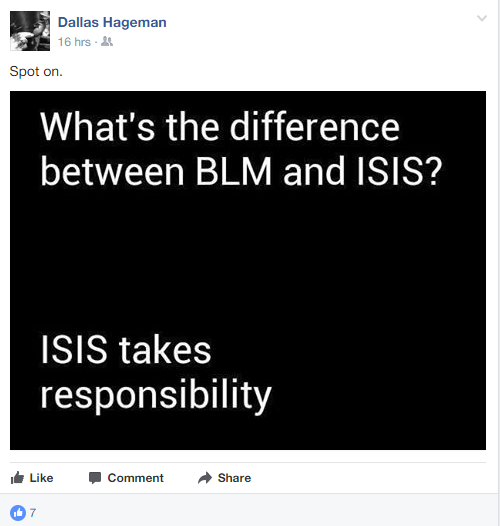 Raymond Garcia was a GOP candidate for the Colorado state house in 2014 and 2016: 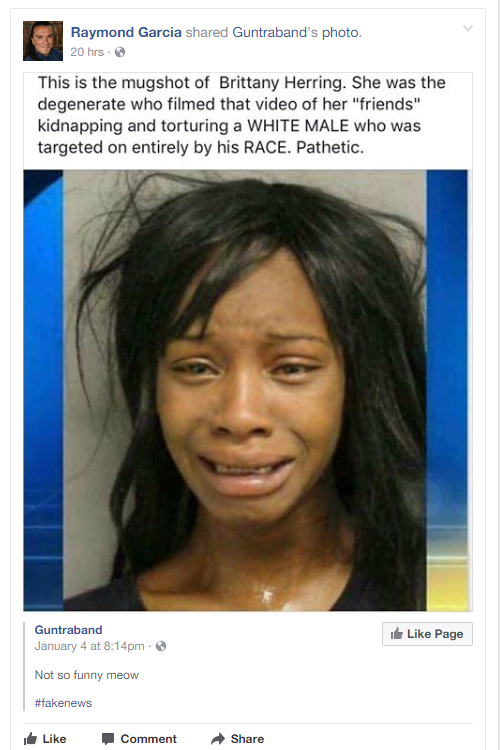 (Note: the above photo is not actually of the perpetrator)
Nothing says “I’m not racist” like calling a foreign language “monkey language”. 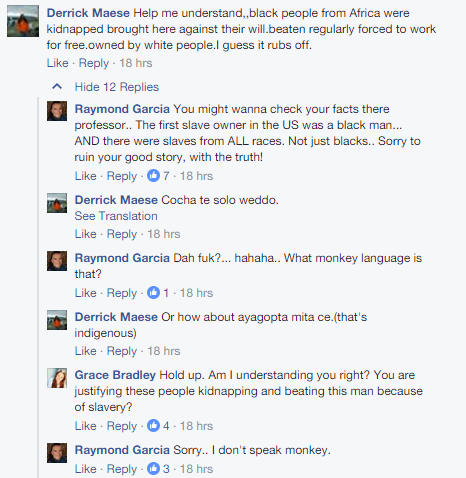 Joshua Hosler was a GOP candidate for Colorado House District 15.

Casper Stockham was a GOP candidate for U.S. Congress in Colorado. 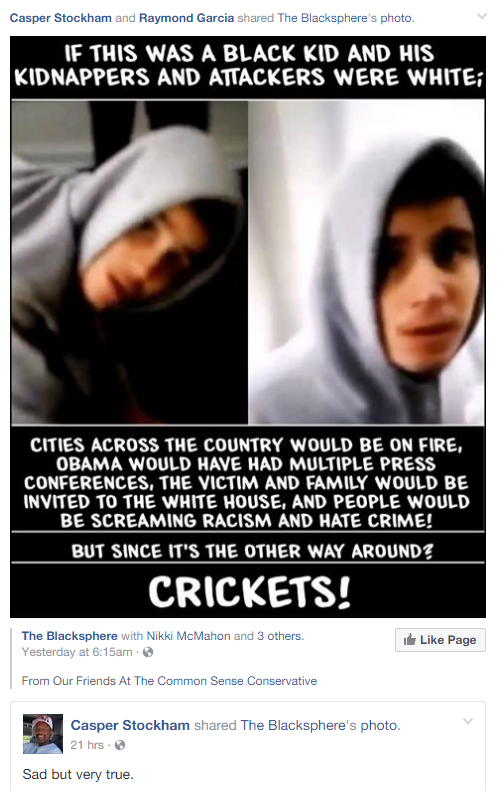 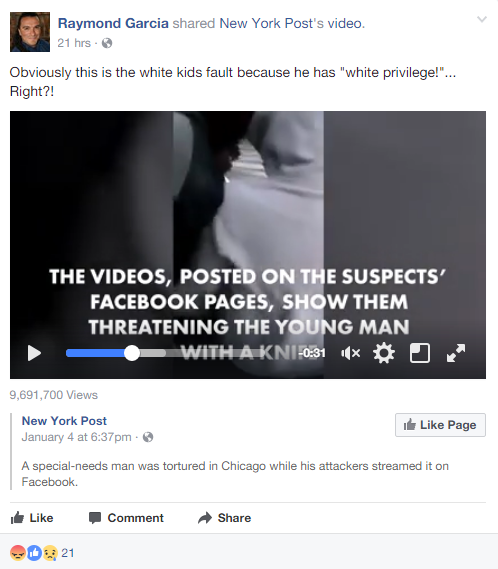 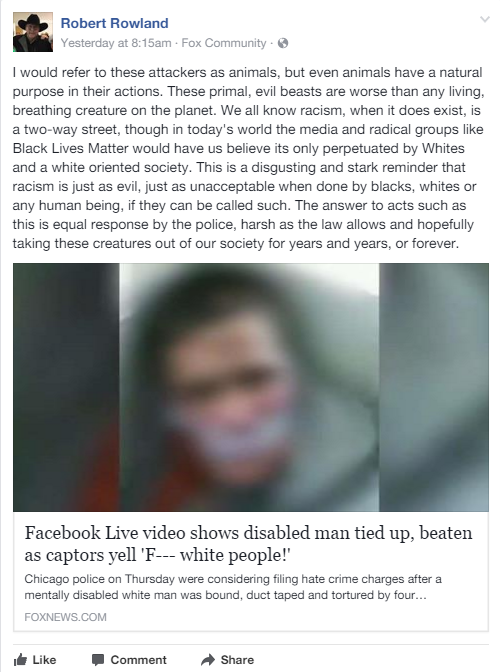 How can Elbert County abide a county commissioner that would say something like this?