Tornadoes Can Kill. So Can Amazon’s Business Model. 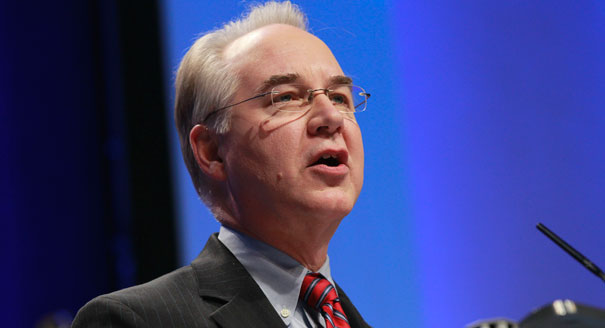 When it comes to Rep. Tom Price (R-GA), NARAL Pro-Choice Colorado wants to tell Colorado lawmakers and citizens that the price is wrong.

That’s the tagline for the pro-choice advocacy group’s campaign against Donald Trump’s pick to lead the Department of Health and Human Services, who NARAL argues would endanger access to health services upon which many women rely.

Frankly, Tom Price’s views are so backwards we wonder what century he thinks he’s living in – because it sure doesn’t bear any relation to the needs of women in this state and this country in 2016. He’s supported Personhood bills giving full legal rights to fertilized eggs – the same Personhood language Colorado voters have repeatedly rejected at the ballot box. And he’s been a vocal opponent of birth control access, including the types of birth control that cut the unintended pregnancy rate here in Colorado.

But here’s the jaw-dropper: Tom Price has said he’s never met a woman who can’t afford birth control. This will come as news to women who have struggled to pay for a $1600 IUD or a year’s worth of birth control.

We think Tom Price should hear from Colorado women about what their birth control costs and why he’s clueless. And we want Senators Bennet and Gardner to hear why a Cabinet nominee who is on the opposite side of Colorado voters and values has no business being confirmed.”

To do just that, NARAL Pro-Choice Colorado created a website for women to share their experiences with birth control and let their senators know they oppose Price’s nomination.

Price’s Senate confirmation hearing is taking place Wednesday, despite Democratic efforts to delay it until an examination of possible ethics violations surrounding his financial dealings could be carried out.