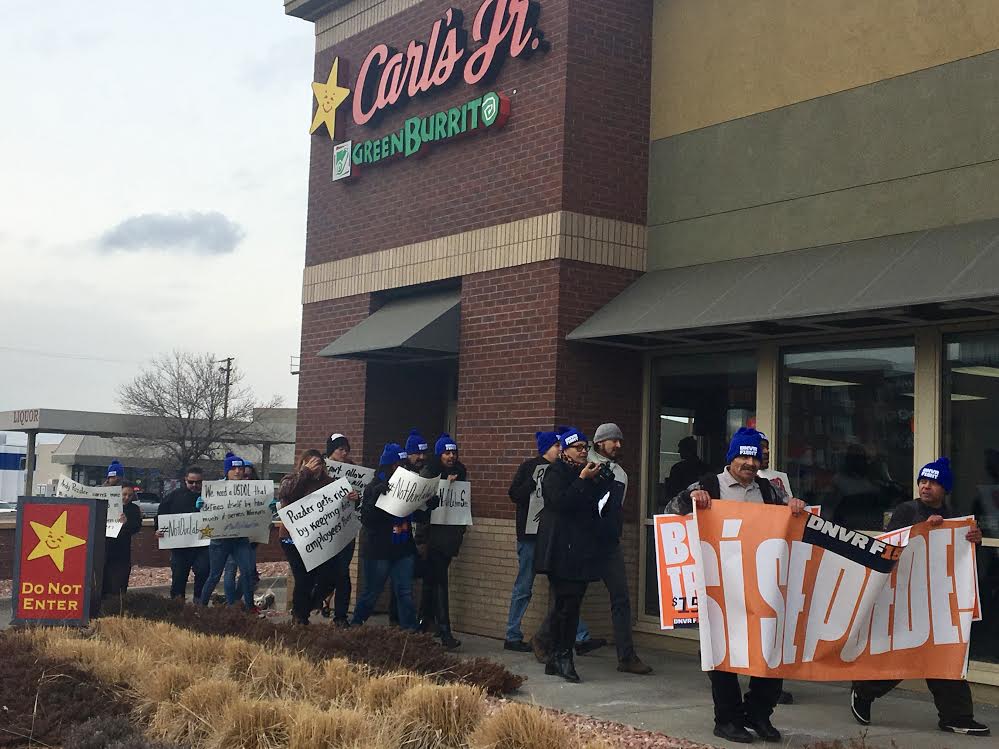 About 25 members of Denver’s Fight for $15 movement, which advocates for raising the minimum wage, gathered at a local Carl’s Jr. Thursday as part of a nationwide wave of rallies against labor secretary nominee and fast food mogul Andy Puzder.

Puzder has been an outspoken critic of raising the minimum wage.

One protester’s sign read, “I’m not a robot, yes, I will sue if sexually harassed, demand $15 and union rights, go to the bathroom when I need to go,” apparently referencing Puzder’s controversial comments arguing the benefits of replacing workers with machines because they “never take a vacation, they never show up late, there’s never a slip-and-fall, or an age, sex or race discrimination case.”

Organizers argued these comments are directly at odds with president-elect Donald Trump’s campaign promise to fight for American workers and bring back jobs, and that Puzder is “a symbol of the very rigged economy [Trump] vowed to fix.”

Puzder’s confirmation hearing was scheduled for Jan. 17, but now may be delayed until February.