The Colorado Senate GOP spokesperson Sean Paige is known to have a penchant for stretching the truth. That’s something that comes with being a rigid ideologue and a hyper-partisan, but when I read post below, I guffawed at the brazen nature of it. No new homes are being built? Really? 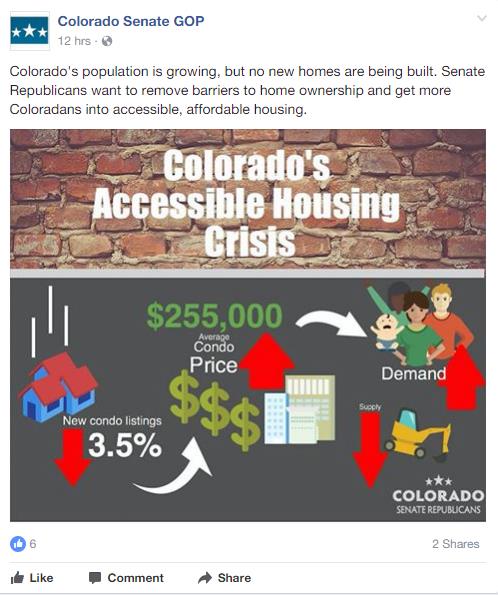 All it took was about two minutes on Google to find the data on home-starts in Colorado. The latest data from census.gov shows that in 2014, 28,686 new homes were built. With record immigration to Colorado, did that number suddenly plummet to zero?

The answer, of course, is no. In fact, according to Metrostudy, an industry leader that does analysis of residential construction real estate and housing markets, 2016 saw a 35 percent increase in housing starts in the Denver Metro area over 2015—the highest level since 2007. They are projecting 2017 will see another increase.

If you’re wondering why the official account for the Colorado Senate GOP would deliver such a falsehood, you’re not alone. I speculate that since the facts don’t match the goal—to pass a construction defects bill that would diminish a homeowners right to sue—you simply ignore or make up facts and hope people won’t notice.