Ray Scott (R-Grand Junction) is usually wrong about things when he posts on social media. He’s one of those categorical partisans who will find a way to bend his principles to fit whatever narrative finds Republicans in the right and Democrats in the wrong.

In this case he’s still lauding the Carrier “deal” that rewards the company with a $7 million giveaway for moving 1,300 jobs to Mexico.

It seems Scott no longer has a problem with the concept of government “picking winners and losers,” or his own assertion that government “can’t create jobs…” but I digress.

Here is a recent Facebook post by Scott that claims 1,100 jobs were “saved” by Donald Trump when his vice president-elect used his position as governor to reward Carrier for moving jobs to Mexico and closing plants in the USA. 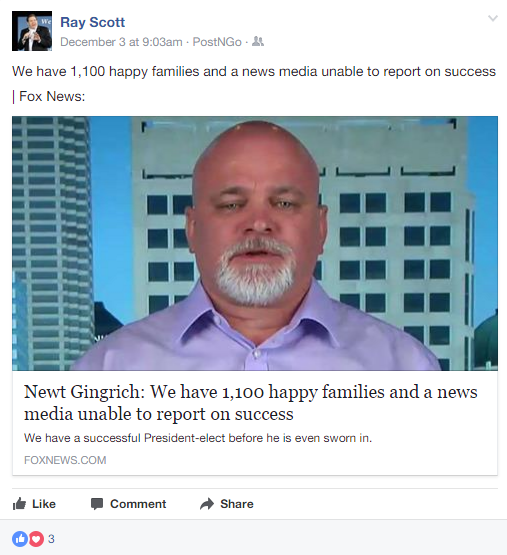 Not only is it not true that 1,100 jobs were saved (the actual number is 730), Scott also glosses over the fact that more than 1,000 jobs were moved to Mexico. I guess that makes 1,000 unhappy families, but Scott’s job isn’t to talk about that. Apparently he sees his job as cheer-leading government handouts to corporations that move jobs to Mexico.