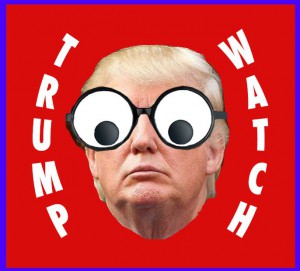 I’ve previously chronicled the various positions of Colorado Republicans on Trump, but this time I ran into problems categorizing their stances.  As you’ll see below, there’s Never Trump, Dumped Trump, Maybe Trump, Love Trump, and many more.

It’s confusing to be the bean counter (me), but it’s undoubtedly far more taxing to be them, trying to figure out where they stand on their standard bearer.

In any case, below is my handy guide–and please send me new information and updates, as the list is changing rapidly with each debate and video tape.

I haven’t seen a tally like this in the Colorado media—though it’s been good to see numerous outlets reporting on the shifting loyalties of top GOP officials toward Trump.

Elected Officials Who Jumped Aboard the Trump Train, AND Affirmed Support after The Release of Trump’s Pussy Comments

Elected Officials who Backed Trump, Dumped Him, but Haven’t Said Whom They Will Vote for

U.S. Rep. Mike Coffman (His spokeswoman said her boss would “absolutely” back the GOP presidential nominee, but Coffman later hedged, and now Coffman says he won’t vote for Trump.)

Sen. Cory Gardner (once called Trump a “buffoon,” then said he’d vote for him (after being asked seven times), and then dumped him.

Candidate Who Jumped OFF the Trump Train, But Is Now Reconsidering

Elected Officials Who Were Undecided Along the Way

Former Elected Officials Who Will Not Vote for Trump

Notable Republicans Who said, “We May Be Seeing the Final months of the Existence of the Republican Party”