Raymond Garcia is once again the example of how right-wing mythology spreads through the social media bog. I’m gonna break down how this generally works:

1) Hillary says a president has about four minutes to make the decision to launch.

2) Someone on the internet with no credibility (in this case the Gateway Pundit) assumes without verification from any source that Hillary has revealed classified information.

3) People like Raymond Garcia—an actual #GOP candidate for Colorado State House District 1 pick up on it, assume it’s veracity, and post it on social media. 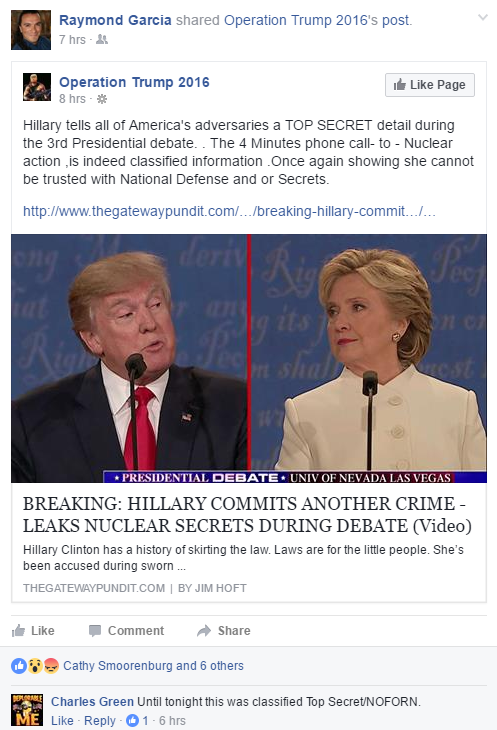 4) People like me, who track down primary sources for a living, do a quick Google search testing the veracity of the charge and post the results.

6) Raymond Garcia and the #GOP shamelessly move on to spreading new falsehoods.