This is John Sampson. He is Vice-Chair of Adams County GOP. He says he’ll be posting Hillary Clinton quotes for his audience to ponder. So he started with this one: 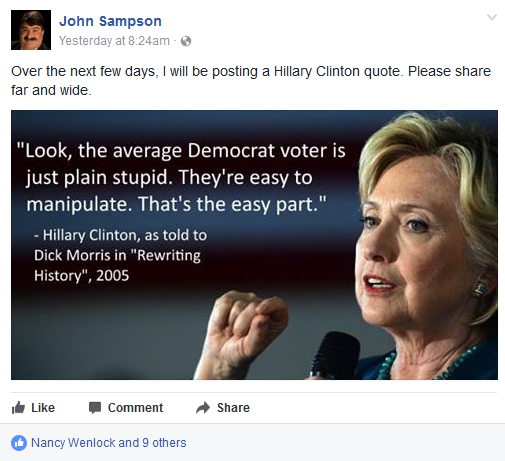 Of course, that isn’t a Hillary Clinton quote, unless you believe Dick Morris, who has zero credibility when it comes to the Clintons and is famously wrong about most everything. So someone in the comments told him this and he posted this in response: 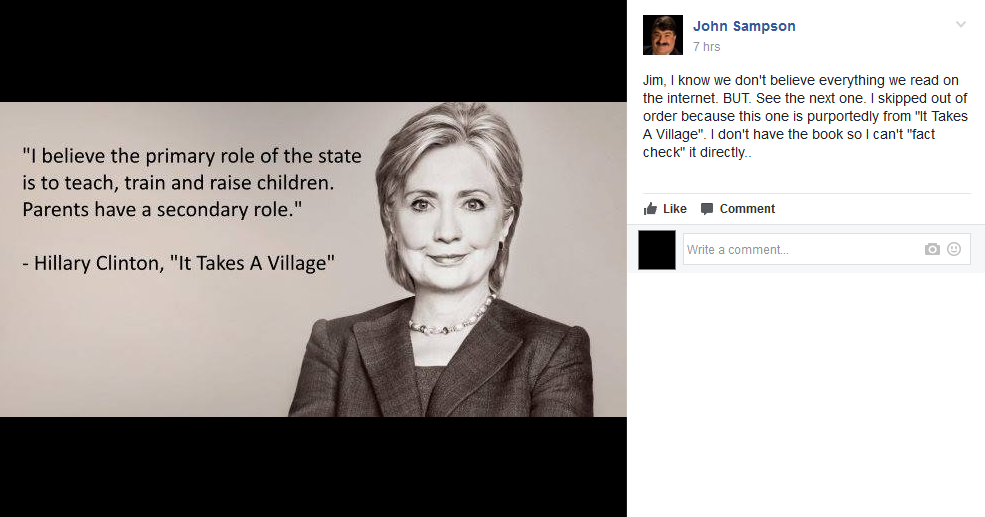 He says he can’t fact check it because he doesn’t have the book. Well, he does have SNOPES, and they say it’s false and doesn’t appear in her book. 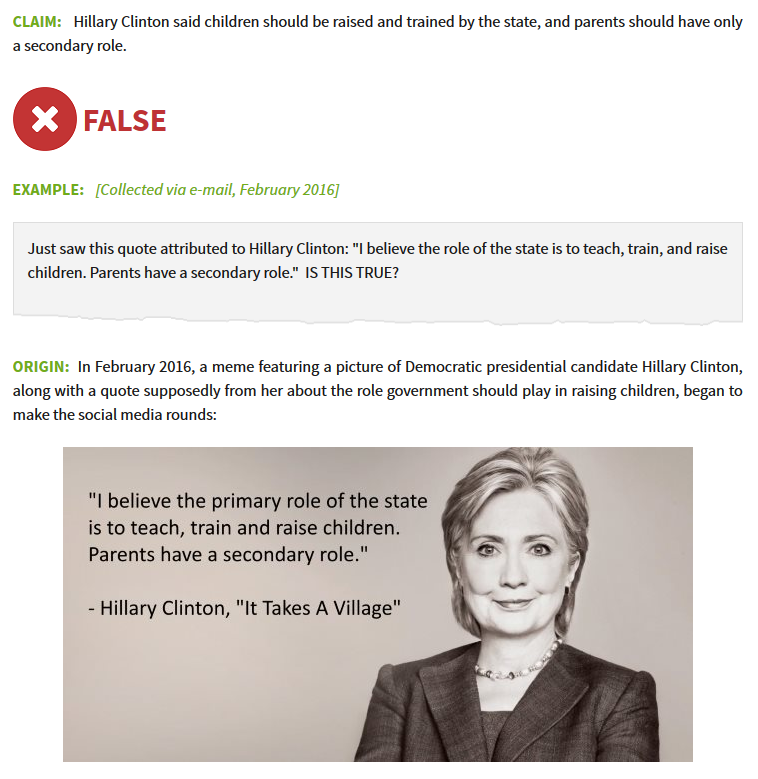 Most people at this point would quit while they’re behind, but not Mr. Sampson, who seemingly doesn’t need something to be a fact in order for him to promote it as one: 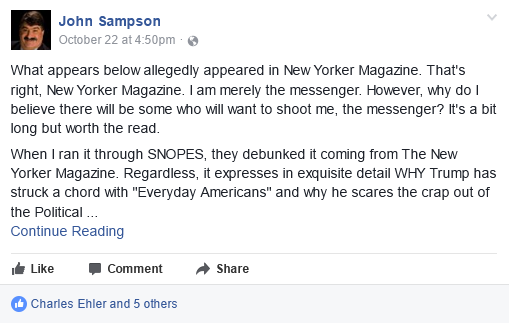 I won’t bother you with the whole diatribe but if you guessed “it isn’t really from the New Yorker Magazine” you win the prize! Even running “it through SNOPES” and finding it to be false did not daunt his enthusiasm.  As he then explains: 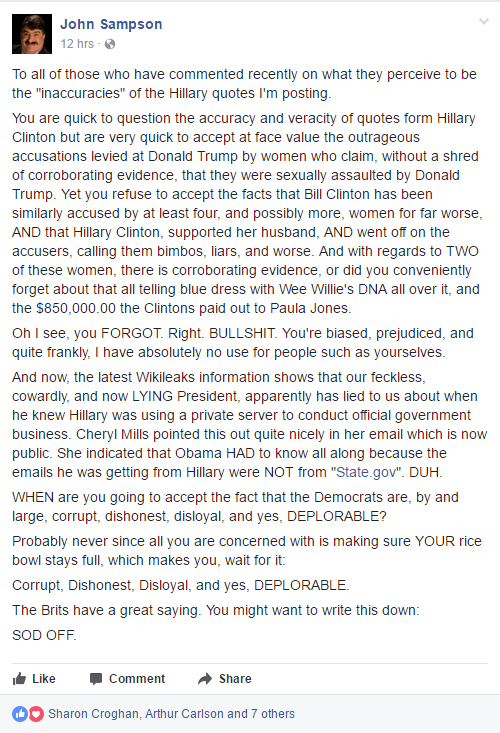 For those of us whose job it is to point out facts to people, John Sampson represents a puzzle of willful ignorance. How do you reach a guy like John with facts if he rejects the notion that facts matter altogether?