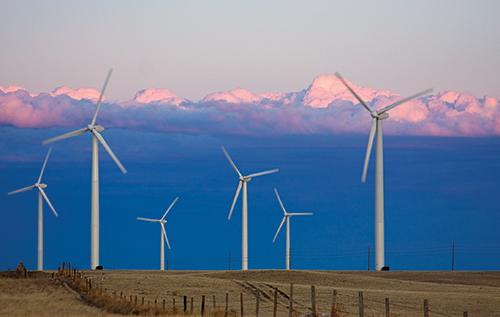 E2 said in a press release that although Colorado has long had a leading clean energy economy, it could fall behind if lawmakers do not update policies to seize opportunities in renewables, energy efficiency, and electric vehicles.

The report urged lawmakers to strengthen and extend its Renewable Portfolio Standard (RPS), which requires investor-owned utilities to source 30 percent of their electricity from renewables. It’s set to expire in 2020, and if that happens, E2 warns the state’s wind and solar industries, which employed up to 12,000 people in 2015, could fall behind.

E2 suggested adopting policies to promote electric vehicle usage as well, such as the Zero Emission Vehicles standard, which requires that a certain percentage of cars sold are electric or hybrids. It says this will help the state’s largest cities meet federal ozone standards.

The report also says Colorado could become more energy efficient and save taxpayer dollars by switching to LED streetlights, a relatively cheap project.