When I saw this post on Casper Stockham’s wall, I thought I recognized the footage. Casper is the Republican opponent of Diana Degette (D-CO). He shared the footage from the extreme anti-Muslim and anti-immigrant group Silence is Consent. It is clearly meant to convey an anti-immigration and anti-Muslim message: If we allow refugees into our country they will start burning tires and shutting down highways! Be afraid! 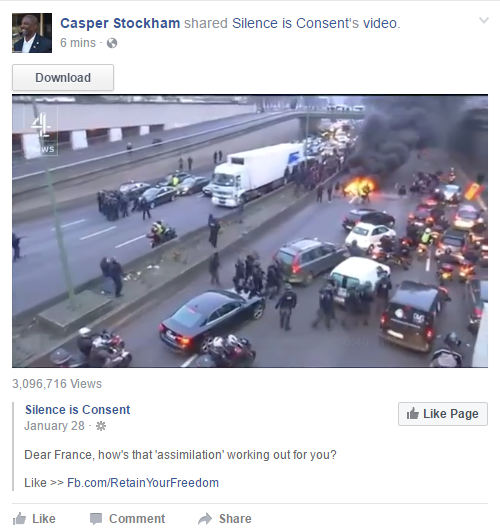 So I tracked down the original footage and the irony is delicious. It turns out those rampaging “Muslims” are actually Parisian taxi drivers protesting against Uber—the company Casper Stockham drives for. 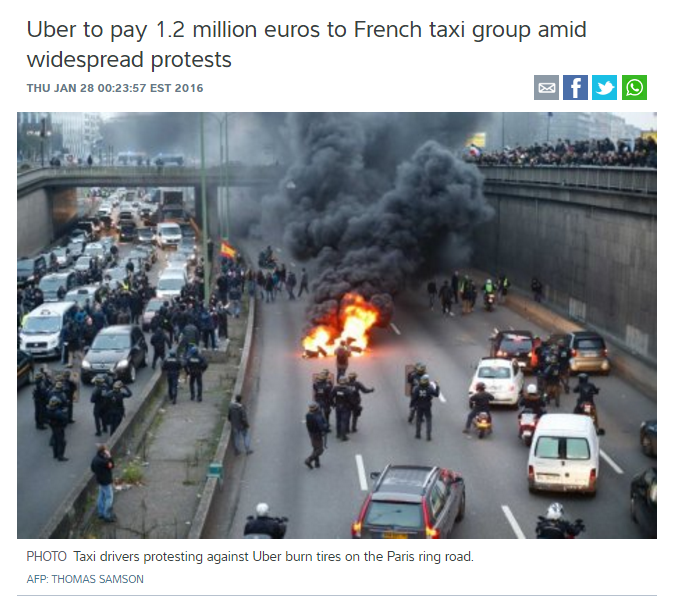 I asked the candidate about this, and he replied that he had posted it “without comment,” as though that excuses the misleading and xenophobic nature of the post and his lack of willingness to check the veracity of the information he’s conveying to his readers and potential constituents.

Good luck on Election Day Casper! I’m sure it’s gonna be a riot!