Just look at this tweet. Note “Clintonistas”, which is right-wing shorthand for “Commies” (because “Sandinistas” get it?).  But that isn’t the dumbest thing about this tweet. If Sean Paige had bothered to actually read the story he’d know Republicans had made the same request to the IRS last month. So his tweet is effectively saying the GOP seeks to “weaponize the IRS.”

The Senate caucus should cut ties with Paige immediately if they want to hold on to their slim majority. His only skill seems to be poisoning the well. Just like Trump but minus the “like-ability.” 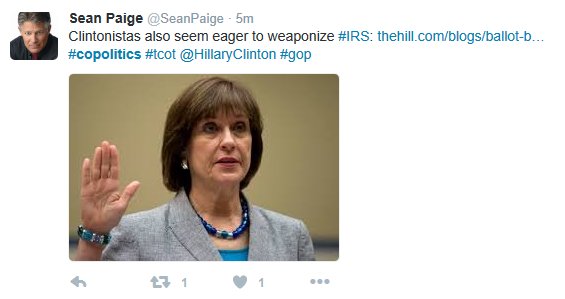