Delta County Republican Chair Linda Sorenson is under fire for sharing a Facebook post comparing Obama to a Chimp, as well as other posts in the same racist vein, including one in support of the Confederate flag.

She issued an apology for her insensitivity today, and the Colorado Republican Party Chair has promised sensitivity training for GOP leaders.

The Facebook posts below, obtained by a source and apparently shared by Sorenson over the past year or so, show varying degrees of bigotry toward Muslims.

Sorenson is not returning my calls, so I could not verify with absolute certainty that these posts were shared by her, nor could I get a comment from her. 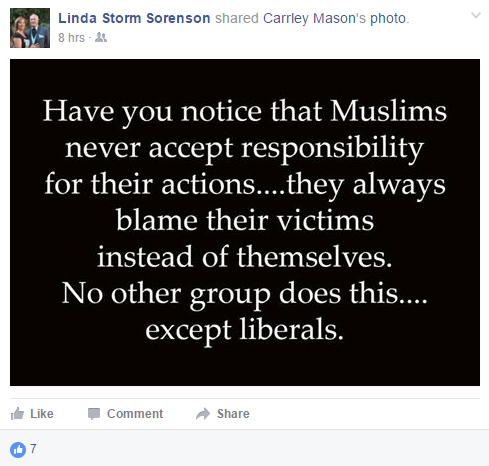 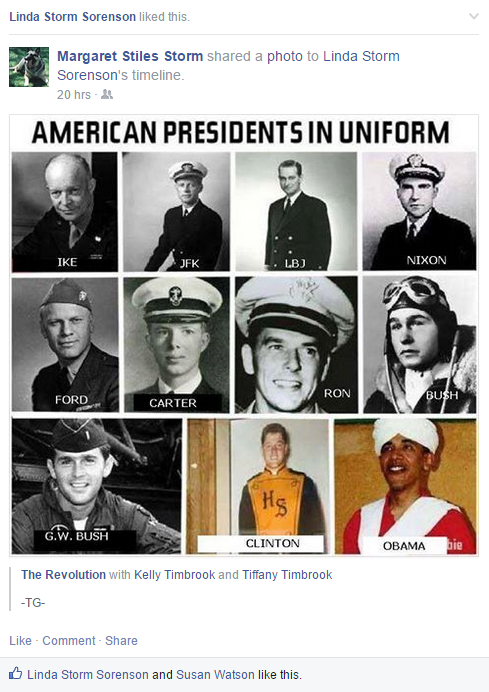 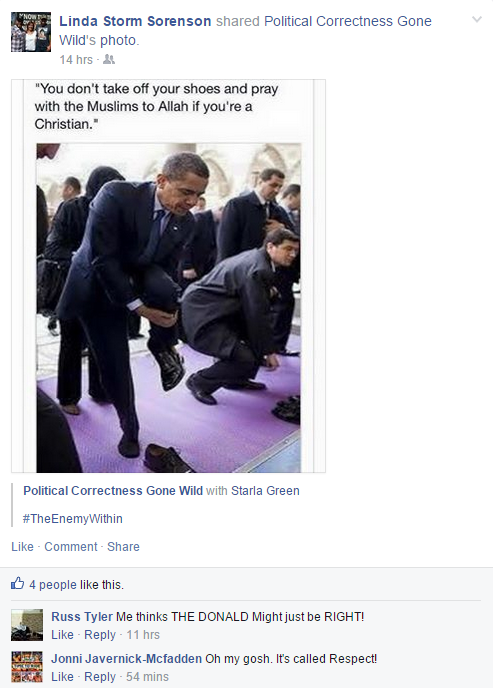 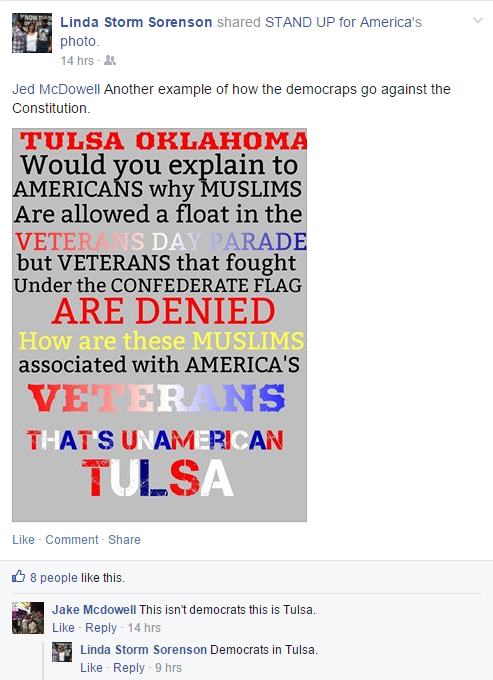 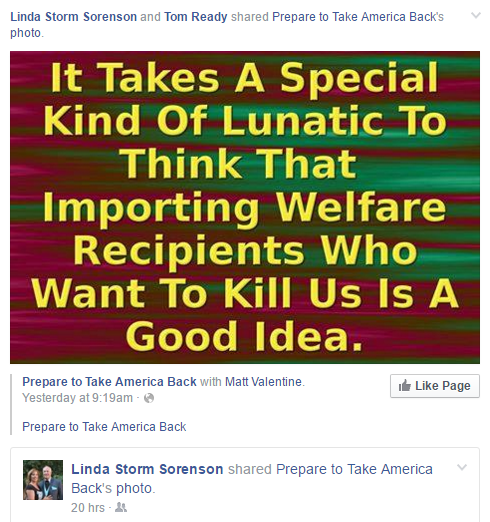